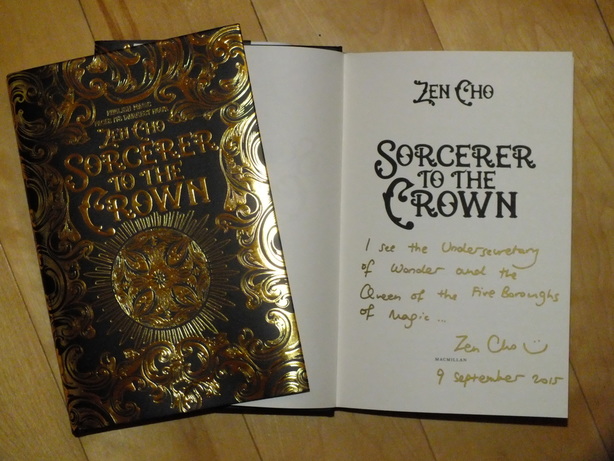 Synopsis : THE FATE OF ENGLISH MAGIC LIES IN THEIR HANDS...

In Regency London, Zacharias Wythe is England's first African Sorcerer Royal. He leads the eminent Royal Society of Unnatural Philosophers, but a malicious faction seeks to remove him by fair means or foul. Meanwhile, the Society is failing its vital duty - to keep stable the levels of magic within His Majesty's lands. The Fairy Court is blocking its supply, straining England's dangerously declining magical stores. And now the government is demanding to use this scarce resource in its war with France.

Ambitious orphan Prunella Gentleman is desperate to escape the school where she's drudged all her life, and a visit by the beleaguered Sorcerer Royal seems the perfect opportunity. For Prunella has just stumbled upon English magic's greatest discovery in centuries - and she intends to make the most of it.

At his wits' end, the last thing Zachariah needs is a female magical prodigy! But together, they might just change the nature of sorcery, in Britain and beyond.