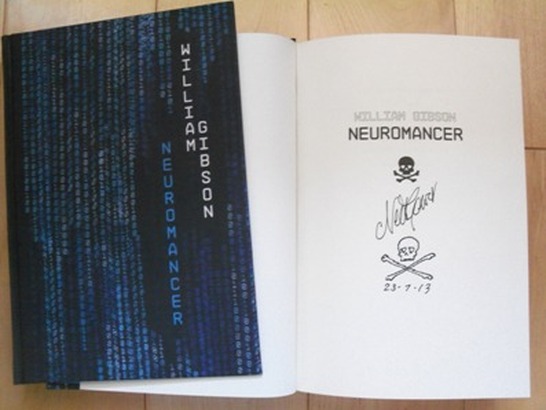 Synopsis :  timeless masterworks of science fiction and fantasy. A beautiful clothbound edition of Neuromancer, the most influential science fiction novel of our time. The novel that launched the cyberpunk generation, heralded the coming of the internet, and won the Hugo, Nebula and Philip K Dick awards. The Matrix: a world within a world, a graphic representation of the databanks of every computer in the human system; a consensual hallucination experienced daily by billions of legitimate users in the Sprawl alone. And by Case, computer cowboy, until his nervous system is grievously maimed by a client he double-crossed. Japanese experts in nerve splicing and microbionics have left him broke and close to dead. But at last Case has found a cure. He's going back into the system. Not for the bliss of cyberspace but to steal again, this time from the big boys, the almighty megacorps. In return, should he survive, he will stay cured.