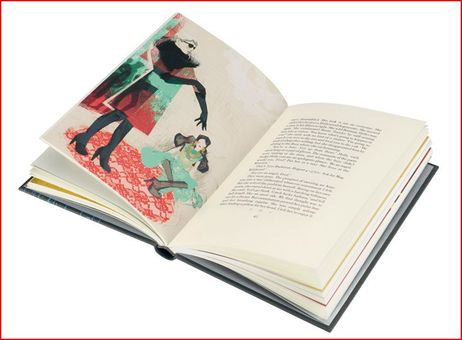 Synopsis : It was a warm evening, nearly summer, and she wore a slim cool black dress, black sandals, a pearl choker’ Beginning with a chance glimpse in a shared apartment building, Truman Capote’s enchanting novella charts the friendship between an aspiring writer who has just moved to New York City, and his neighbour Holly Golightly: girl about town, genteel gold-digger and free spirit. It is one of the quintessential American stories of the 20th century.

This edition features striking artwork by Canadian artist Karen Klassen, whose background is in fashion illustration. Holly is at the centre of each of her images, including her dramatic binding design, depicting Holly on top of the Manhattan skyline. In his introduction, novelist and critic Jay McInerney points out the similarities between this book and another that Capote admired: The Great Gatsby. Holly shares Gatsby’s combination of mystery, glamour and vulnerability. Yet Capote has a humour and lightness of touch all of his own; he revels in Holly’s joie de vivre and his characters’ dialogue, much of which appears word for word in the 1961 film: ‘It’s too gruesome’; ‘I’m going to march you over to the zoo and feed you to the yak.’

Exploring Holly’s genesis, McInerney suggests that the socialite she most resembled was the author himself. While Capote disliked the film adaptation, with its romantic ending, McInerney points out that the book endures: ‘Those who want to encounter the untamed Holly, “the wild thing” who can never be caged or pinned down or domesticated, and whose ultimate fate remains a mystery, will find her here in Capote’s luminous pages.’ 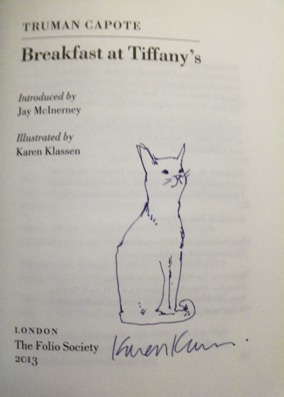