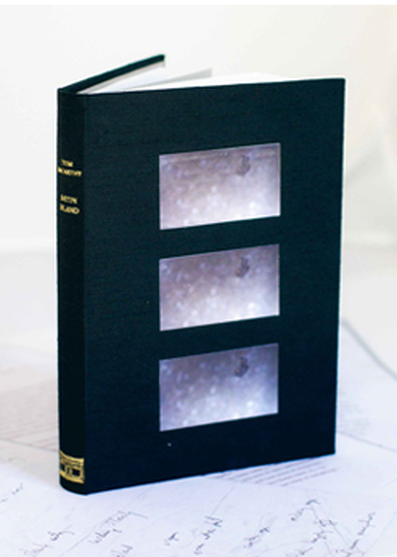 Tom McCarthy’s first novel "Remainder" acquired something of a cult following when it was published in Paris in a small print run of 750 copies by Metronome Press. Republished in UK and USA in 2005, it received much wider critical acclaim and his reputation was further enhanced when "C" was short-listed for the Booker Prize in 2010.

This special limited First Edition of "Satin Island" comprises 100 copies (95 for sale and 5 hors commerce), numbered and signed by the author. All copies have been printed on Munken Pure Rough Cream 120 gsm paper and bound in dark green Tohsho Japanese silk, the spine blocked in silver. The cover image is a still from Johan Grimonprez’s short film from Satin Island which was inspired by the novel, and each copy contains a portfolio of facsimile pages from the author's working notebooks and typescript, together with two trial dust-jacket designs by Suzanne Dean and Peter Mendelsund.


Synopsis :  Meet U. - a talented and uneasy figure currently pimping his skills to an elite consultancy in contemporary London. His employers advise everyone from big businesses to governments, and, to this end, expect their 'corporate anthropologist' to help decode and manipulate the world around them - all the more so now that a giant, epoch-defining project is in the offing. Instead, U. spends his days procrastinating, meandering through endless buffer-zones of information and becoming obsessed by the images with which the world bombards him on a daily basis: oil spills, African traffic jams, roller-blade processions, zombie parades. Is there, U. wonders, a secret logic holding all these images together - a codex that, once cracked, will unlock the master-meaning of our age? Might it have something to do with South Pacific Cargo Cults, or the dead parachutists in the news? Perhaps; perhaps not. As U. oscillates between the visionary and the vague, brilliance and bullshit, Satin Island emerges, an impassioned and exquisite novel for our disjointed times. 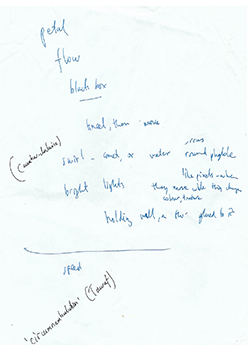