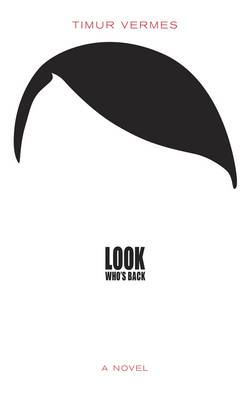 Signed and dated by the author Timur Vermes

Signed and numbered by the translator Jamie Bulloch (one of only 50 numbered copies).

Accompanied by a promotional postcard and poster.

Synopsis : Summer 2011. Berlin. Adolf Hitler wakes up on a patch of ground, alive and well. Things have changed - no Eva Braun, no Nazi party, no war. Hitler barely recognises his beloved Fatherland, filled with immigrants and run by a woman. People certainly recognise him, though - as a brilliant, satirical impersonator who refuses to break character. The unthinkable, the inevitable, happens, and the ranting Hitler takes off, goes viral, becomes a YouTube star, gets his own TV show, becomes someone who people listen to. All while he's still trying to convince people that yes, it really is him, and yes, he really means it. Look Who's Back is a black and brilliant satire of modern media-bloated society, seen through the eyes of the Fuhrer himself. Adolf is by turns repellent, sympathetic and hilarious, but always fascinating. Look Who's Back is outrageously clever, outrageously funny - and outrageously plausible.