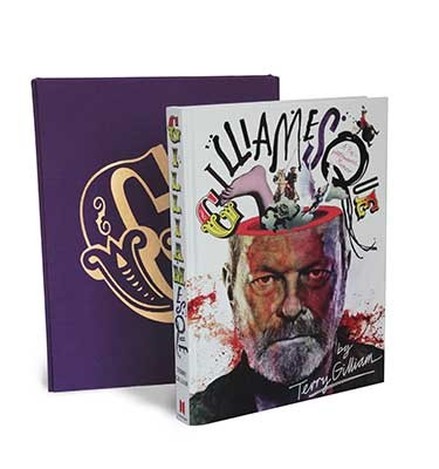 Signed by the author, presented in a clamshell traycase.

Synopsis : From his no-frills childhood in the icy wastes of Minnesota, to some of the hottest water Hollywood had to offer, via the cutting edge of '60s and '70s counter-culture in New York, LA and London, Terry Gilliam's life has been as vivid and unorthodox as one of his films. Telling his story for the first time, the director of Time Bandits, Brazil, The Adventures of Baron Munchausen, The Fisher King, 12 Monkeys and Fear and Loathing in Las Vegas - not to mention co-founder of Monty Python's Flying Circus - recalls his life so far. Packed with never-before-seen artwork, photographs and commentary, Gilliamesque blends the visual and the verbal with scabrous wit and fascinating insights. Gilliam's 'pre-posthumous memoir' also features a cast of amazing supporting characters - George Harrison, Robin Williams, Jeff Bridges, Robert De Niro, Brad Pitt, Uma Thurman, Johnny Depp, Heath Ledger and all of the fellow Pythons - as well as cameo appearances from some of the heaviest cultural hitters of modern times, from Woody Allen to Frank Zappa, Gloria Steinem to Robert Crumb, Richard Nixon to Hunter S Thompson. Gilliam's encounters with the great and the not-so-good are revealing, funny and hugely entertaining. This book is an unrestrained look into a unique creative mind and an incomparable portrait of late twentieth-century popular culture. 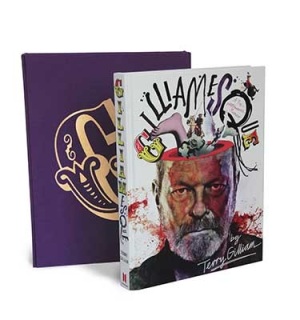