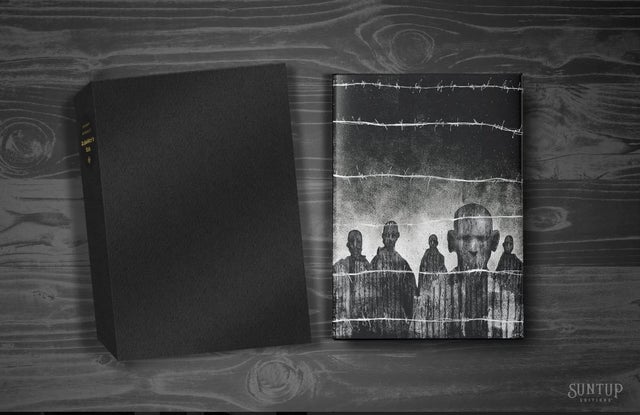 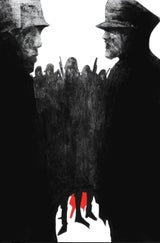 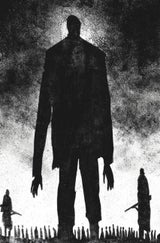 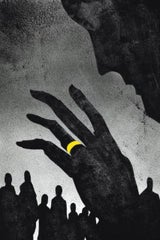 Illustrated and signed by Jeffrey Alan Love, with a new introduction by the author.

An extraordinary novel, Schindler’s Ark is a work of historical fiction based on the true story of German industrialist and war profiteer, Oskar Schindler, who risked his life and fortune to rescue over a thousand Jews from the horrors of the extermination camps. Working from the actual testimonies of those who Schindler saved from the gas chambers, Thomas Keneally artfully depicts the courage and shrewdness of an unlikely savior, a man who is a flawed mixture of hedonism and decency and who, in the presence of unutterable evil, transcends the limits of his own humanity.

Keneally’s masterpiece was first published in the United Kingdom on October 18, 1982 as Schindler’s Ark. The title was changed to Schindler’s List upon publication in the United States. To commemorate the 40th anniversary of this milestone in Holocaust literature, Suntup Editions is pleased to announce the forthcoming publication of a signed limited edition of this novel under its original title, Schindler’s Ark, featuring a new exclusive introduction by the author and illustrations by award-winning artist Jeffrey Alan Love.

Also included in the edition is a transcript of an impassioned speech Oskar Schindler gave to Jewish factory workers upon proclamation of Germany’s surrender on May 8, 1945, a letter written by the Jewish factory workers in 1945 attesting to Schindler’s role in saving Jewish lives, and scans of Schindler’s original list containing the names and birth dates of those who he saved. These historically significant documents are referenced in the novel, but here for the first time in any edition of Schindler’s Ark, appear in full.

Schindler’s Ark was awarded the Booker Prize in 1982. The novel was also awarded the Los Angeles Times Book Prize for Fiction in 1983. In 1993, it was adapted into a film directed by Steven Spielberg, which won seven Academy Awards including Best Picture, and is #8 on American Film Institute’s Top 100 Films of All Time. The film was designated as “culturally, historically or aesthetically significant” by the Library of Congress in 2004 and selected for preservation in the United States National Film Registry.