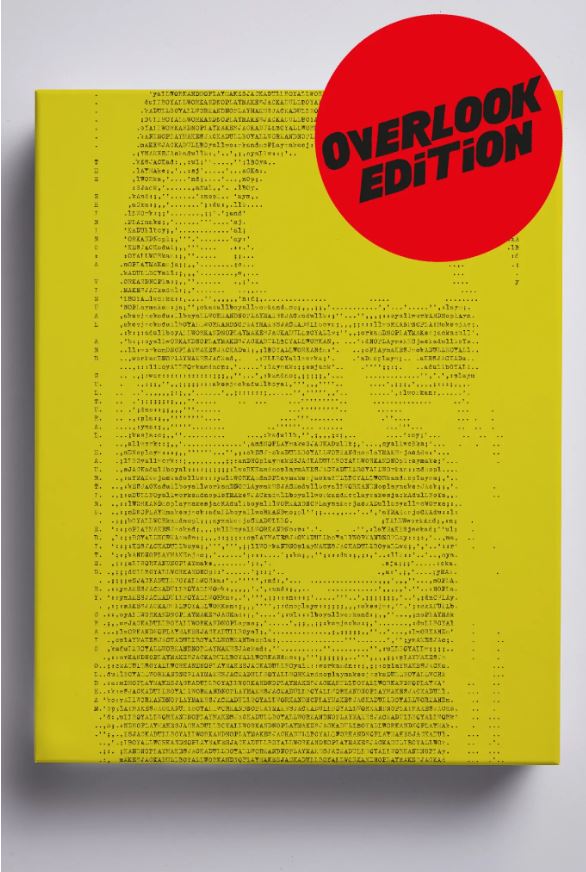 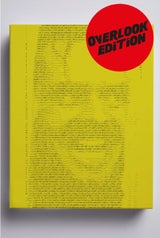 THE SHINING: A VISUAL AND CULTURAL HAUNTING  is an immersive, multi-dimensional examination of one of the most infamous films in cinematic history. This loose-leafed and beautifully boxed book—disguised as the ‘writing project’ Jack is typing throughout the course of the film—explores the film’s cultural legacy through exclusive essays, original recollections, contributions from cultural luminaries, and art and visual ephemera.

Rare, exclusive interviews with lead actors Shelley Duvall (Wendy Torrance)  and Dan Lloyd (Danny Torrance), along with a wealth of contributors including  Cosey Fanni Tutti, Margaret Howell, James Lavelle (UNKLE), Gavin Turk  and John Grindrod re-examine the film through the lenses of music, art, mythology, fashion, gender, and more. Stanley Kubrick was renowned for his rigorous research which inspired our own approach. We will be republishing and reprinting numerous rare texts read by the director in preparation for the production. The book also focuses a contemporary lens on the film to readdress an apparent gap in critique from the perspectives of women, mental illness, domestic abuse and domestic violence.

THE OVERLOOK EDITION EXTRAS INCLUDE:

• Original and exclusive piece from actor  Dan Lloyd (Danny Torrance) , an extraordinarily rare opportunity to share memories, stories and insights from this usually private person, as well as the coup of a rare interview with  Shelley Duvall  (conducted by Ryan Obermeyer) shedding light on her performance and experience of the film.

• Fashion designer Margaret Howell on her iconic maroon jacket worn by Jack in the closing act of the film.

• Artist/musician Cosey Fanni Tutti  on sound and the unfolding domestic violence within the film.

• Architecture expert and writerJohn Grindrod on the role of The Overlook Hotel itself and the impact of spaces on our behaviour.

• Producer/Label head James Lavelle (UNKLE) on his enduring fascination for Kubrick and his art.

• BFI Programmer/Author  Michael Blyth explores the differences of Shelley Duvall’s character in the film and the original Stephen King text.

Kubrick was renowned for his rigorous research and we have followed his approach. Numerous rare texts read by the director in preparation for the production are included, such as:

• H.P. Lovecraft — Supernatural Horror in Literature.  A seminal yet largely overlooked essay that significantly influenced Kubrick in his decision not to explain the horrors which unfold at The Overlook.

• Stephen Crane — The Blue Hotel. Kubrick acknowledged that the events unfolding in The Shining owe a large debt to Stephen Crane’s short story The Blue Hotel. First serialised in 1898, the American author’s story was later published in 1899 in the anthology, The Monster and Other Stories, and will now be available in this publication.

• Sigmund Freud — The Uncanny. Kubrick referenced Freud’s influential 1919 essay The Uncanny in his research as a key text. Freud explores many ideas that are woven through the film: retracing steps, recurring numbers and motifs and the significance of the double. Here we re-publish an extract from the essay.

Art plays a rich, significant role in The Shining, both literally and metaphorically. The hotel walls are adorned with art by a number of artists from various periods in history, and the work of classical and conceptual artists are essential to the visual and conceptual nature of the film. A number of these are carefully reproduced here including pieces by:

Arguably, the film's most haunting character is the Overlook Hotel itself. We have trawled archives and libraries to source photographs of the numerous existing and real locations and hotels which influenced the set design. We include reproductions of:

• Original promotional postcards from numerous research locations drawn upon for the design of the hotel.

• Original hotel ephemera from existing hotels which cite direct influences on the Overlook including Native American themes, promotional decor, and even room design and names.

• Various pre-existing elements featured in the film including ephemera from music, magazines, commercial culture, and design.

• Archival promotional material from the BFI on not only The Shining, but other films discussed within it.