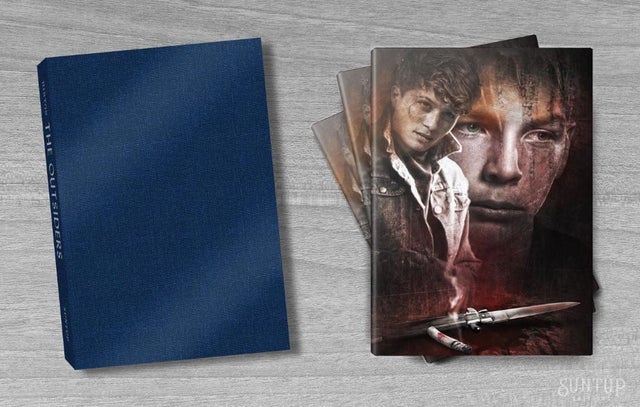 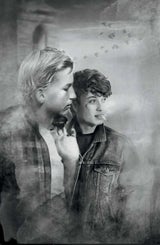 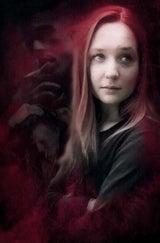 Illustrated and signed by Jeff Echevarria.

Gritty, authentic and full of heart, The Outsiders by S.E. Hinton is the classic tale that revolutionized the young adult novel.

The Outsiders tells the story of two weeks in the life of a teenage boy as he struggles to stay with his brothers, stay true to himself and “stay gold” following the death of his parents. For Ponyboy, life is a series of conflicts. Greaser against Soc. Rich against poor. Violence against reconciliation. As tensions mount in a neighborhood war between the poor greasers and the rich Socs, Ponyboy grapples with the stereotypes placed upon him as he searches for his own identity and place in society.

When S.E. Hinton published The Outsiders in 1967 – a novel she began writing at age 15 and sold at 17 – the idea of a teenager writing fiction for her peers was practically unheard of. Hinton felt that the required reading in school was not an honest reflection of the lives teenagers experienced in her hometown of Tulsa, Oklahoma. Her novel would present adolescent characters who were the opposite of everything a teenager, by adult standards, should be. As a result, it was a hit with young readers across the country.

Since its debut, the book has sold more than 15 million copies, become a steady feature on school reading lists, been adapted into a film by Francis Ford Coppola, and helped shape an entire literary genre marketed to young adults.

As poignant and relevant today as the day it was first published, The Outsiders urges a divisive world to remember that, as Ponyboy says, we all “see the same sunset,” and that while we may be the ones who create great divides between each other, we can also be the ones to bridge them.