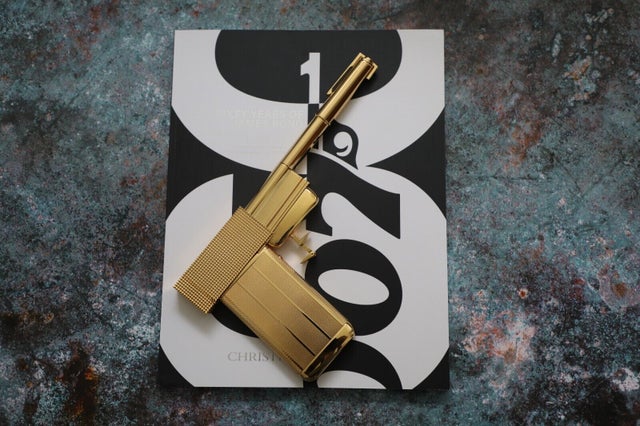 Sixty Years of James Bond is a two-part official charity auction that was held at Christie’s London on 28 September 2022 and online from 15 September until James Bond Day on 5 October. The live sale included vehicles, watches, costumes and props, many of which are related to the 25th Bond film No Time To Die with the final six lots of the sale representing each of the six actors who have played Bond: Sir Sean Connery, George Lazenby, Sir Roger Moore, Timothy Dalton, Pierce Brosnan and Daniel Craig. The online sale included posters, props, costumes, memorabilia and experiences, and raised over £6,000,000. This catalogue is the official Christie's guide to all the lots for sale.