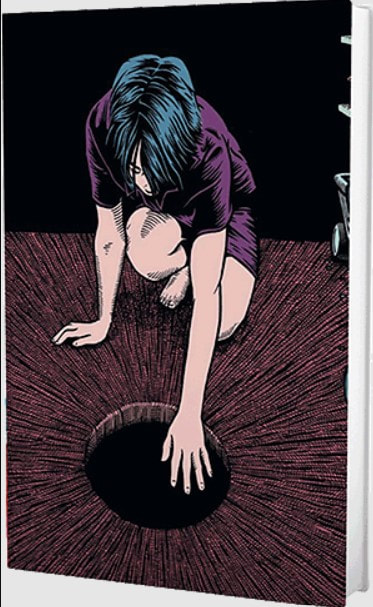 Would-be poet and Video Hut employee, Nicholas Reid, and his on-again, off-again girlfriend, Nakota, are the apathetic loners of a society indifferent to their artistic aspirations. Nick wastes his time in the role of assistant manager, longing for the day when his haikus can generate a payday. And Nakota serves as a barmaid at Club 22, doling out drinks to career alcoholics. Not exactly Ozzie and Harriet. But that would all change when they discover a secret hidden within Nick’s rundown apartment building.

Tucked away in the second-floor storage room is a hole that confounds and fascinates their creative acumen. How it functions is another matter. Could it be a black hole, an orifice, a fissure, or maybe even a portal? It has many names but only one sticks: The Funhole.

They test its boundaries, tossing in various objects: a jar of insects, a mouse, a severed hand, a camcorder. Each time the hole spits them back out, augmented in ways neither is prepared to see or understand. However, the thrill of the unknown excites them, growing their new hobby into something akin to praying at the altar of a roadside funhouse. It also offers more than what their faltering lives could ever hope to achieve: artistic satisfaction.

But when others see what their camcorder documents, Nick becomes the reluctant ringleader, the dungeon master, the barker holding the keys to this circus sideshow. And then it becomes a movement bigger than either of them could ever wish to handle.

The Cipher is the debut novel that announced author Kathe Koja to the world. And what a world she introduced us to. One teeming with rain-soaked nights, beer-drenched hallways, bug-infested walls, and a dark hole filled with infinite possibilities. Best of all is Nick’s unabashed narration which demonstrates Koja’s proclivity toward the lewd and unsavory. It may make your skin crawl, but it’ll satiate that penchant for all things dark and disturbing.

It’s a nihilistic romp if such a thing could ever exist. It may even be a religious awakening — close to the one that both Nick and Nakota share — beaming with potentiality and madness alike. But watch your step. This funhole has a way of sucking in those who drop their guard. You may just be next!