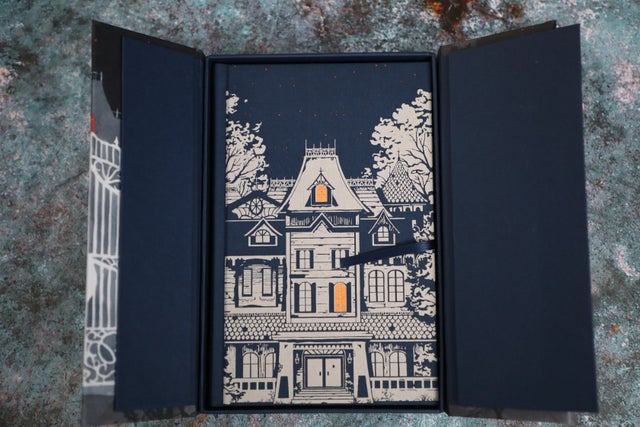 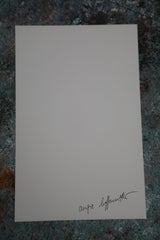 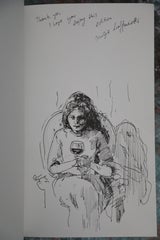 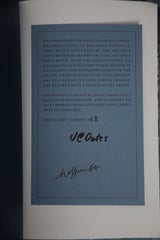 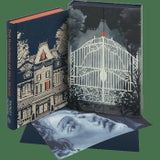 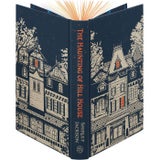 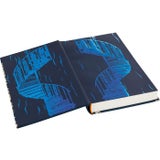 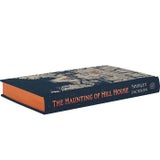 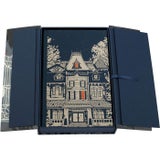 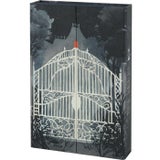 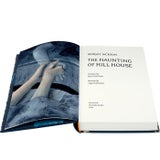 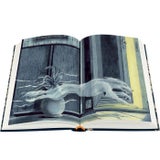 The Haunting of Hill House (Limited Edition) by Shirley Jackson

This lavish Folio edition of Shirley Jackson’s The Haunting of Hill House is illustrated by Angie Hoffmeister and introduced by Joyce Carol Oates.

Celebrated by writers across the literary spectrum and widely held to be one of the most frightening books ever written, The Haunting of Hill House is Shirley Jackson’s terrifying masterpiece. This special edition is limited to just 250 copies and features a limitation label signed by Angie Hoffmeister and Joyce Carol Oates. As well as seven full-colour images taking in the icy terrors of Hill House, this limited edition is accompanied by an exclusive print and presented in a unique illustrated clamshell box. The endpapers are printed with a glittering image of the tower’s dangerous spiral staircase, while the binding features the forbidding sight of Hill House in the dead of night. Three of the windows are illuminated in striking orange, begging the question: what is still awake in Hill House? And are you ready to find out?

Bound in screen-printed and blocked cloth

Set in Arno with Zachar as display