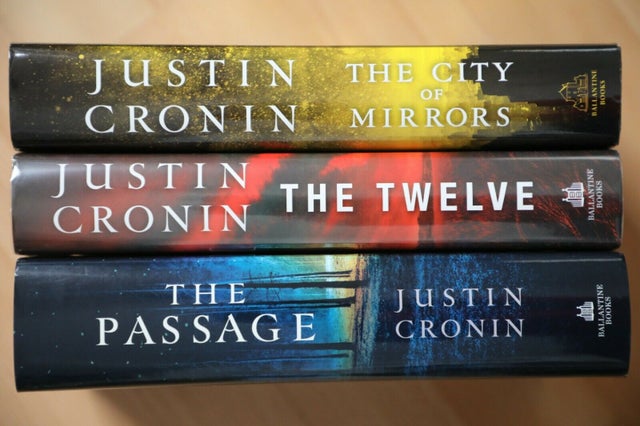 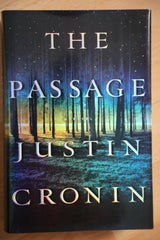 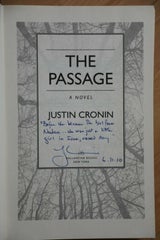 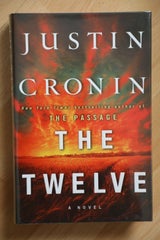 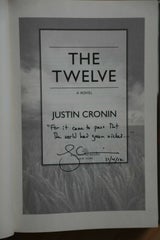 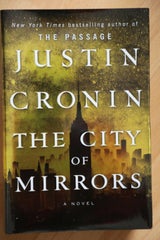 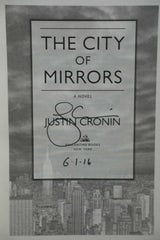 Death-row prisoners with nightmare pasts and no future. Until they were selected for a secret experiment. To create something more than human. Now they are the future and humanity's worst nightmare has begun. Titles in this Set contains The Passage, The Twelve and The City of Mirrors.

Book one - The Passage - signed, dated and lined with a quote by the author

An epic, awe-inspiring novel of good and evil - now a global bestseller.

Amy Harper Bellafonte is six years old and her mother thinks she's the most important person in the whole world.

Anthony Carter doesn't think he could ever be in a worse place than Death Row.

FBI agent Brad Wolgast thinks something beyond imagination is coming.

Death-row prisoners with nightmare pasts and no future…. Until they were selected for a secret experiment….to create something more than human.

Now they are the future and humanity's worst nightmare has begun. The Twelve is the epic sequel to The Passage. Read by Scott Brick. Actor and writer Scott Brick has performed on film, television and radio. His stage appearances throughout the U.S. include Cyrano, Hamlet, and Macbeth.

In the audio industry, Scott has won over thirty Earphone Awards, as well as the 2003 Audie Award in the Best Science Fiction category. Having recorded over 300 books to date, AudioFile Magazine named Scott "one of the fastest-rising stars in the audiobook galaxy" and proclaimed him one of their Golden Voices.

In life I was a scientist called Fanning. Then, in a jungle in Bolivia, I died. I died, and then I was brought back to life....

Prompted by a voice that lives in her blood, the fearsome warrior known as Alicia of Blades is drawn towards one of the great cities of The Time Before. The ruined city of New York. Ruined but not empty. For this is the final refuge of Zero, the first and last of The Twelve. The one who must be destroyed if mankind is to have a future.

What she finds is not what she's expecting. A journey into the past. To find out how it all began. And an opponent at once deadlier and more human than she could ever have imagined.

The publishing phenomenon that began with the astonishing worldwide best seller The Passage now comes to its epic conclusion.