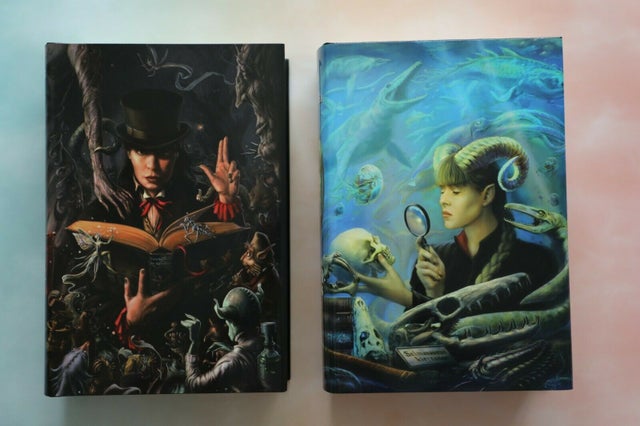 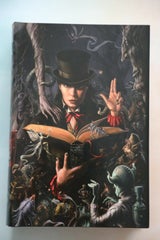 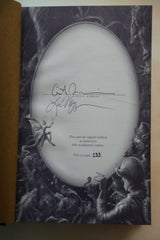 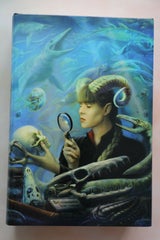 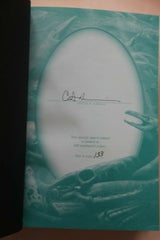 Two Worlds and In Between - the best of Caitlin R Kiernan vol 1 - signed and numbered by the author, signed and remarqued by the artist Lee Moyer

Caitlín R. Kiernan’s short fiction was first published in 1995. Over the intervening decade and a half, she has proven not only one of dark fantasy and science fiction’s most prolific and versatile authors, but, to quote Ramsey Campbell, “One of the most accomplished writers in the field, and very possibly the most lyrical.” S. T. Joshi has written, “Kiernan’s witchery of words creates a mesmerizing effect that we haven’t seen since the days of Lovecraft and Bradbury.”

Two Worlds and In Between: The Best of Caitlín R. Kiernan (Volume One) presents a stunning retrospective of the first ten years of her work, a compilation of more than two hundred thousand words of short fiction, including many of her most acclaimed stories, as well as some of the author’s personal favorites, several previously uncollected, hard-to-find pieces, her sf novella, The Dry Salvages, and a rare collaboration with Poppy Z. Brite. Destined to become the definitive look at the early development of Kiernan’s work, Two Worlds and In Between is a must for fans and collectors alike, as well as an unprecedented introduction to an author who, over the course of her career, has earned the praise of such luminaries as Neil Gaiman, Peter Straub, Charles De Lint, and Clive Barker.

The Signed Limited Edition will feature sixteen pages of artwork from a variety of artists who’ve worked with Kiernan over the years, pages from her work on the DC/Vertigo comic The Dreaming, and a new chapbook, The Crimson Alphabet.

Limited: 600 numbered copies, bound in leather, including the bonus chapbook The Crimson Alphabet, signed by author

In his Locus review of Two Worlds and In Between—the first volume of The Best of Caitlín R. Kiernan—Gary K. Wolfe wrote, "…it makes you wish the second volume were here now." Well, the long wait is almost over. Beneath an Oil-Dark Sea: The Best of Caitlín R. Kiernan (Volume Two) completes this ambitious undertaking, collecting the finest of Kiernan's stories from 2004 to 2012, selected by the author herself. The book includes twenty-five short stories and one poem, plus the short novel Black Helicopters—over two hundred thousand words of fiction, including the World Fantasy Award-winning "The Prayer of Ninety Cats."

In his introduction, S. T. Joshi writes, "Caitlín R. Kiernan does not care to be called a 'horror writer,' and with good reason: that term is far too crude and blunt to convey even a fraction of all the diverse elements that make her work unique. Perhaps she wishes to be a writer of what Lovecraft called 'weird fiction'; or maybe she prefers Aickman’s coinage 'strange stories.' These terms seem sufficiently broad and ambiguous to encompass the multiplicity of tones, moods, manners, and motifs that make up Kiernan’s short fiction, and in this volume you will find the full range of her work amply displayed. Her output to date has already placed her at the head of her field; she has nothing more to prove. Any subsequent work can only augment her achievement."

The collection includes the first complete bibliography of Kiernan's writing (1985-2015), and the limited edition will included a new hardcover (over 25,000 words) of unpublished material, False/Starts II: Being Another Compendium of Beginnings.