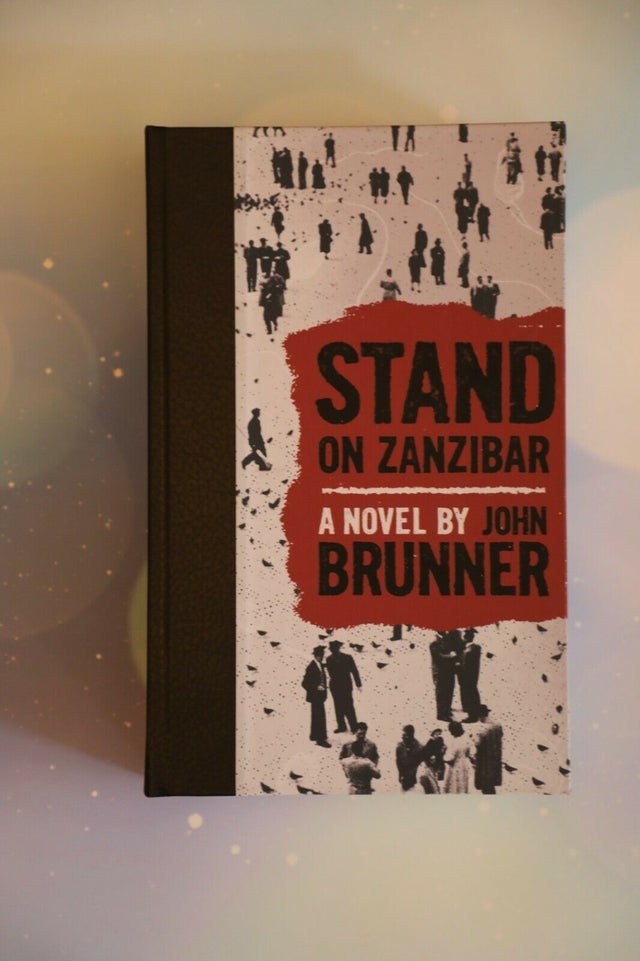 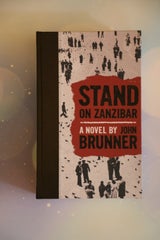 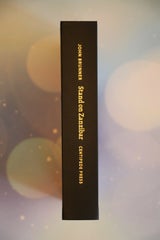 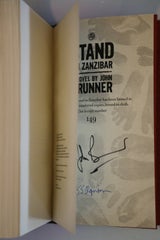 This dystopian look at the future, one of the most bleak, yet challenging and unconventional, in all of science fiction, has been prepared in a large 7 × 10 format with full-page, full color designs by Jacob McMurray and a new introduction by Kim Stanley Robinson. In addition, there is a lengthy article from John Brunner. This is an important work in science fiction, and it won the Hugo Award for best novel in 1969.

This book is also signed by John Brunner, who passed away in 1995. However, in the early 1980s, he had worked on a project with the late Charles Brown of Locus. This project never came to be, but Brunner had signed a few hundred sheets for the project. When Brown was told of this book, he sent the sheets to Centipede Press.

There are seven billion-plus humans crowding the surface of 21st-century Earth. It is an age of intelligent computers, mass-market psychedelic drugs, politics conducted by assassination, scientists who burn incense to appease volcanoes ... all the hysteria of a dangerously overcrowded world, portrayed in a dazzlingly inventive style.

Moving, sensory, impressionistic, as jagged as the times it portrays, this book is a real mind stretcher - and yet beautifully orchestrated to give a vivid picture of the whole.

Limited to 300 copies, each signed by John Brunner and Kim Stanley Robinson.

Artwork and design by Jacaob McMurray.