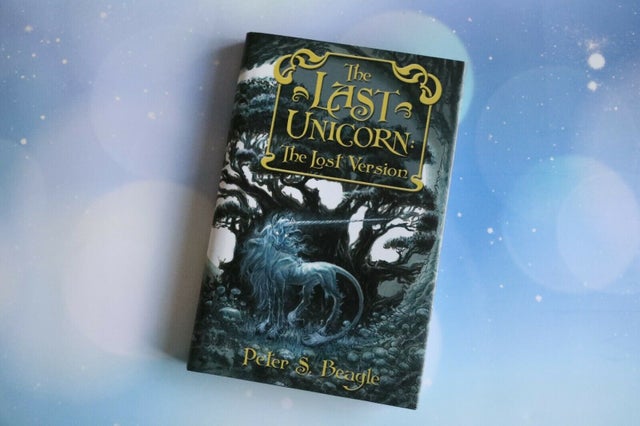 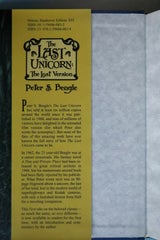 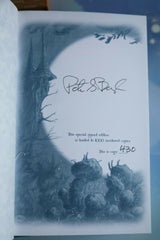 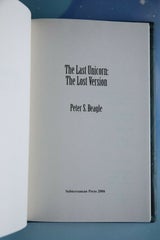 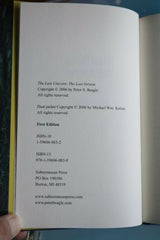 Peter S. Beagle's The Last Unicorn has sold at least six million copies around the world since it was published in 1968, and tens of millions of viewers have delighted in the animated film version (for which Peter also wrote the screenplay). But none of the fans of this amazing work have ever known the full story of how The Last Unicorn came to be.

In 1962, the 23 year-old Beagle was at a career crossroads. His fantasy novel A Fine and Private Place had been released to great critical acclaim in 1960, but his mainstream second book had been flatly rejected by his publisher. What Peter wrote next was an 80-page fragment about a unicorn, the last of her kind, lost in the modern world of superhighways and Kodak cameras, with only a banished demon from Hell for a traveling companion.

This first take on the beloved classic -- so much the same, so very different -- is now available to readers for the first time, with an introduction and commentary by the author.

From Publishers Weekly: "This fragment is Beagle's first, unsuccessful attempt at writing what became his classic fantasy, The Last Unicorn (1968), though even his failures are marvels of wry humor and brilliant prose styling. Beagle's introduction illuminates his thought processes behind the composition of The Last Unicorn, while his afterword explains 'the occasional haunting connection' between this version and the finished one. As in the completed text, an immortal unicorn leaves her lilac wood in search of other unicorns. Collectors and those interested in the gestation of Beagle's masterpiece will best appreciate this imperfect gem."

From Booklist: “Beagle’s modern fantasy classic, The Last Unicorn (1968), didn’t come easily. He stalled on the first draft, returning to the concept only after a cross-country motor-scooter trip and his book about it, I See by My Outfit (1965). While the first draft opens the same as the novel, the principal characters other than the unicorn are different. Thank heavens, though, that he persevered and now publishes this funny, darkly winsome fragment.”