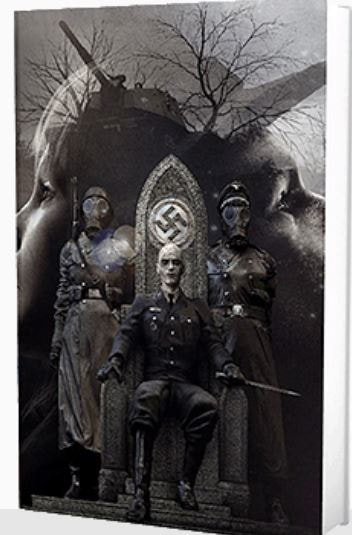 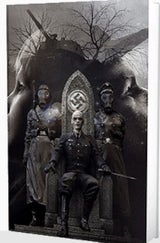 Neo-Nazi cultists and unholy demonic powers strike out from an evil past to claim the future.

When Harry Steadman agreed to investigate the disappearance of a young Mossad agent, he had no idea he would be drawn into a malevolent conspiracy of Neo-Nazi cultists bent on unleashing an age-old unholy power on an unsuspecting world — power rising out of a demonic relic from man’s dark primal past to threaten all humanity with horror beyond any nightmare.

It was in an ancient castle where all-corrupting sex and savage religious rites were practiced by a new master race that Steadman came face-to-face with the cult’s twisted, vengeful leader. But even as he fought in deadly combat against this bloodthirsty force of diabolical evil, the minions of darkness were tightening their stranglehold of doom, preparing to plunge the entire earth into a maelstrom of violence and hideous hell…

This new edition of James Herbert’s The Spear comes with a dustjacket, endpapers, and a few interiors by David Ho, and story illustrations by Rodger Gerberding. It also features an essay, “The Curious Case of the Spear,” by Jo Fletcher, and James Herbert’s original prologue to the book, reprinted here for the first time since 1979!

This is a fine new hardcover edition of this classic that mixes horror, zombies, occult lore, and a Robert Ludlum-inspired espionage plot, one of Herbert’s most engaging and offbeat books. With more James Herbert in the works from Centipede Press (The Survivor and The Jonah) you won’t want to miss this book.