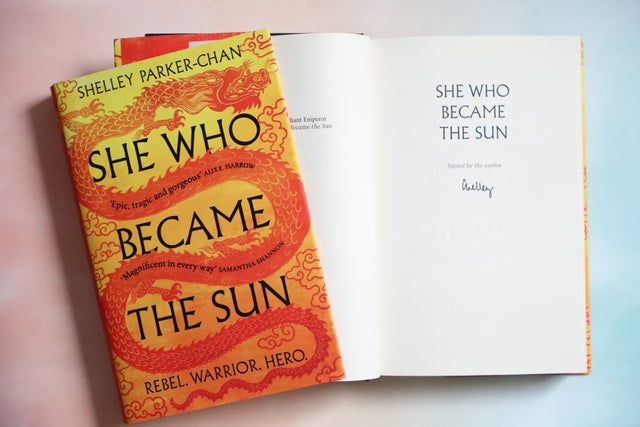 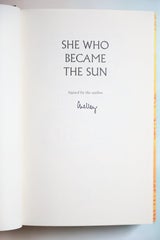 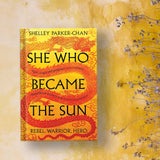 Signed first edition, first printing - in new /unread condition. Synopsis - She Who Became the Sun re-imagines the rise to power of the Ming Dynasty?s founding emperor. In a famine-stricken village on a dusty plain, a seer shows two children their fates. For a family?s eighth-born son, there?s greatness. For the second daughter, nothing. In 1345, China lies restless under harsh Mongol rule. And when a bandit raid wipes out their home, the two children must somehow survive. Zhu Chongba despairs and gives in. But the girl resolves to overcome her destiny. So she takes her dead brother's identity and begins her journey. Can Zhu escape what?s written in the stars, as rebellion sweeps the land? Or can she claim her brother?s greatness - and rise as high as she can dream? This is a glorious tale of love, loss, betrayal and triumph by a powerful new voice. She Who Became the Sun by Shelley Parker-Chan is a historical fantasy re-imagining of the rise to power of Zhu Yuanzhang. Zhu was the peasant rebel who expelled the Mongols, unified China under native rule and became the founding emperor of the Ming Dynasty.