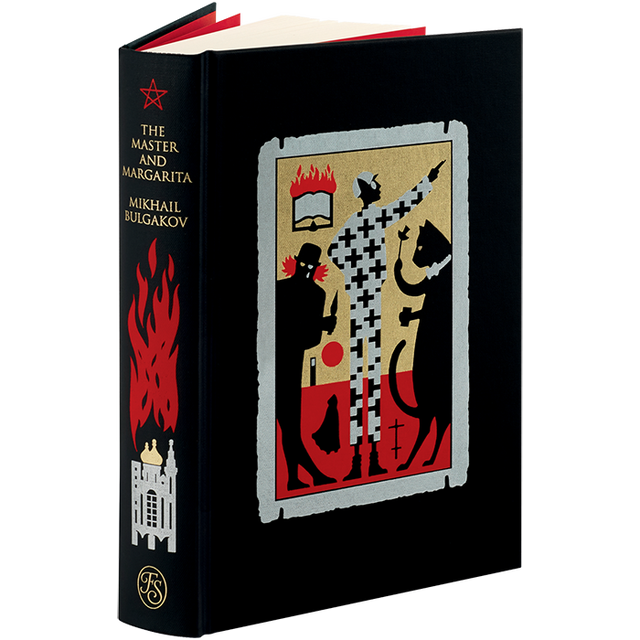 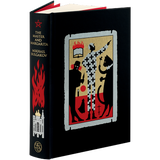 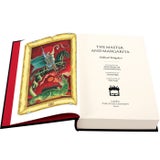 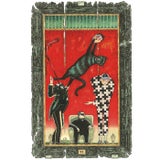 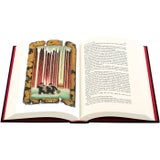 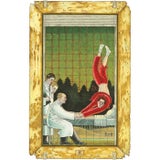 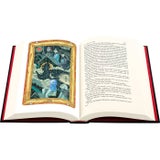 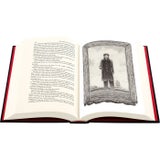 Mikhail Bulgakov - The Master and Margarita

The Devil has arrived in Moscow and, along with his demons and a large black cat, he carves a trail of chaos and destruction through Soviet society. Smuggled past the censors in 1967, and published more than 25 years after Mikhail Bulgakov’s death, The Master and Margarita was an instant success. Its subversive message, dark humour and lyrical force combined to make it a beacon of optimism and freedom throughout Russia and the world. One of Folio’s most requested titles, the novel has also been a source of inspiration for writers and musicians, featuring in David Bowie’s Top 100 Books and inspiring Mick Jagger’s lyrics for ’Sympathy for the Devil‘. This sumptuous edition showcases Peter Suart’s specially commissioned illustrations, which explore the philosophical and fantasy themes of the narrative, while his stunning binding design features Azazello, Koroviev and Behemoth in antagonistic poses. Historian and Russian history expert Orlando Figes delves deep into the historical context of the novel and its barely concealed attacks on the Soviet Union in an introduction written for the edition.