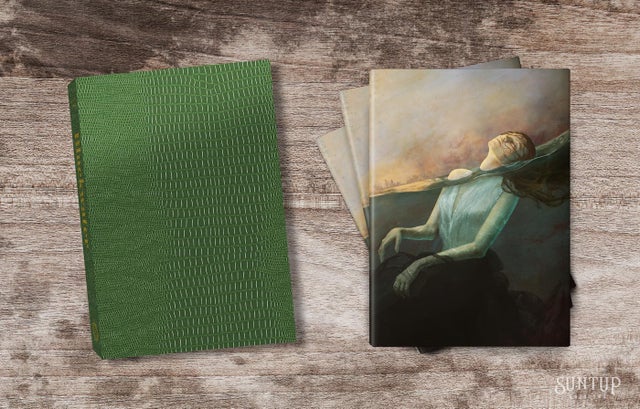 Originally published as a series of six volumes, Michael McDowell’s Blackwater is a Southern Gothic saga of suspense, mystery and terror.

When the gracious and beautiful Elinor Dammert arrives in Perdido, Alabama on Easter Sunday in 1919, she is a stranger in the small town, desperate to fit in. She sets her sights on marrying Oscar Caskey, the eldest son of Perdido’s first family; but beneath Elinor’s charm and beauty lies a shocking secret—and beneath the waters of the Perdido River, Elinor’s true form will soon be discovered, changing the Caskey family and the town of Perdido forever.

Upon its publication in 1983, the atmospheric and character-driven family drama of Blackwater not only defied the horror genre, but elevated it. Michael McDowell was proclaimed “the finest writer of paperback originals in America” by Stephen King, and “one of the best writers of horror in this country” by Peter Straub.

Now collected as a single volume novel, Blackwater continues to be discovered and praised by new generations. One recent reviewer wrote, “Operatic, epic, and scary… Blackwater is a Southern Gothic to drown all other Southern Gothics in a muddy river. Sink into this one. You won’t regret it.”