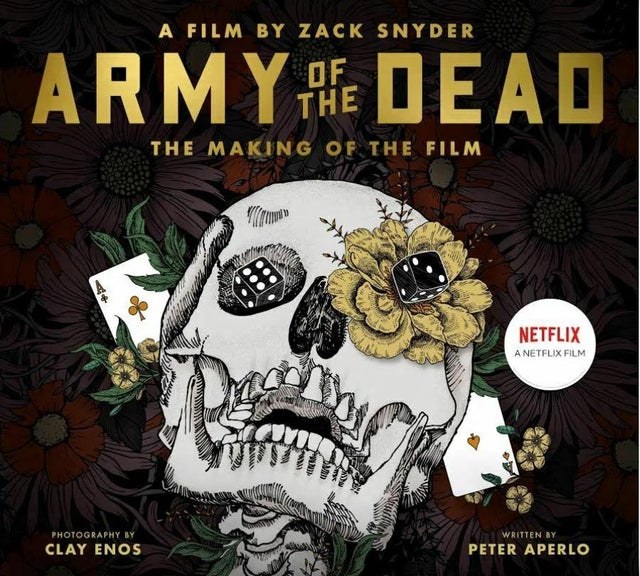 Synopsis : From the director of Dawn of the Dead, Watchmen, and Man of Steel, comes Army of the Dead, Zack Snyder’s eagerly awaited return to the zombie scene, staring Dave Bautista. Following a zombie outbreak in Las Vegas, a group of mercenaries take the ultimate gamble, venturing into the quarantine zone to pull off the greatest heist ever attempted.

Army of the Dead: The Making of the Film takes readers behind the scenes of this much-anticipated film and reveals the locations, characters, and zombies. The book is full to the brim with exclusive on-set photography, costume designs, storyboards by Zack Snyder, and more, and accompanied by cast and crew interviews.

This beautiful edition is signed by Zack Snyder and numbered 1–500.

Presented with a variant cover to the trade edition.

Tip-in signature sheet featuring an exclusive artwork made for the book.

Director Zack Snyder’s return to the zombie genre, this time unleashing the undead into the high-stakes landscape of an epic heist film. Due to be released on Netflix on 21 May 2021.

Features interviews from the cast and crew, along with concept artworks, behind-the-scenes imagery and storyboards by Zack Snyder.