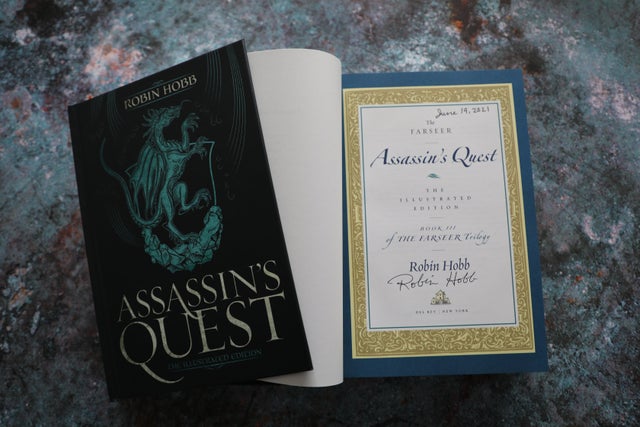 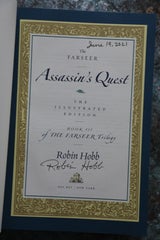 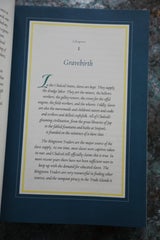 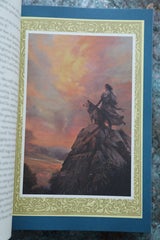 First edition, first impression - a new and unread copy. Signed and dated by the author.

A stunningly illustrated anniversary edition of the final chapter of the beloved Farseer Trilogy, hailed by George R. R. Martin as “fantasy as it ought to be written,” and Lin-Manuel Miranda as “an incredible series.”

FitzChivalry Farseer and the Fool return in this final volume of the Farseer Trilogy, crowning the celebration of the twenty-fifth anniversary of Robin Hobb’s legendary series. The matched trilogy is now complete, rounded out by Assassin’s Quest, which contains ten full-color illustrations by Magali Villeneuve. Step into the spellbinding finale of this modern classic of epic fantasy, replete with adventure, magic, treachery, and sacrifice.

King Shrewd is dead at the hands of his son Regal. As is Fitz—or so his enemies and friends believe. But with the help of his allies and his beast magic, he emerges from the grave, deeply scarred in body and soul. The kingdom also teeters toward ruin: Regal has plundered and abandoned the capital, while the rightful heir, Prince Verity, is lost to his mad quest—perhaps to death. Only Verity’s return—or the heir his princess carries—can save the Six Duchies.

But Fitz will not wait. Driven by loss and bitter memories, he undertakes a quest: to kill Regal. The journey casts him into deep waters, as he discovers wild currents of magic within him—currents that will either drown him or make him something more than he was.