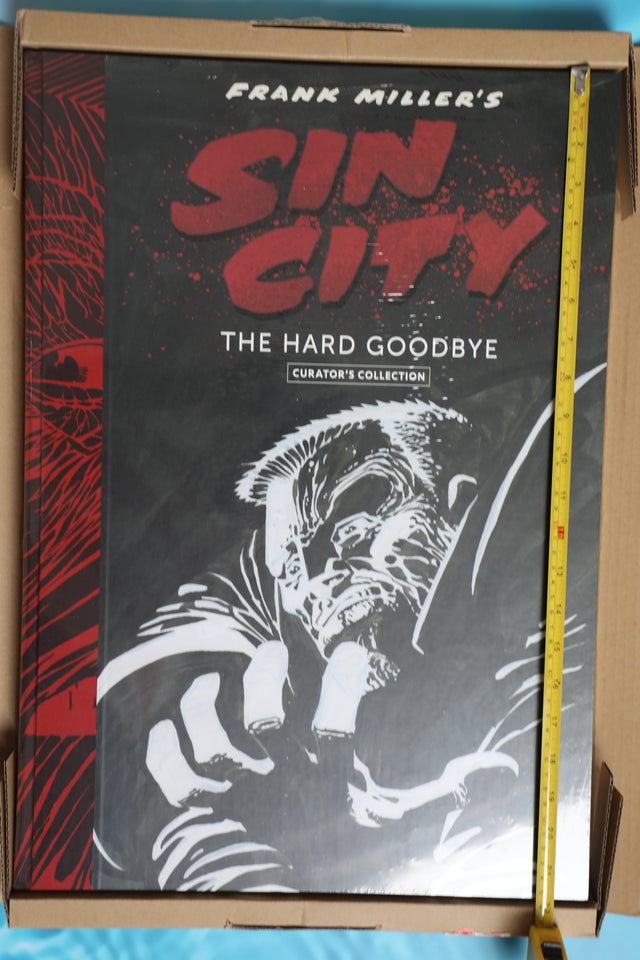 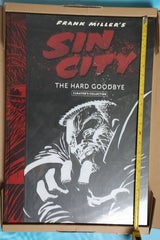 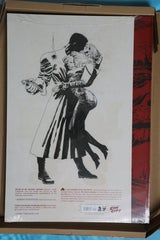 Signed and numbered by Frank Miller

The first volume of the crime-comic mega-hit that introduced the now-infamous character Marv and spawned a blockbuster film.

It's a lousy room in a lousy part of a lousy town. But Marv doesn't care. There's an angel in the room. She says her name is Goldie. A few hours later, Goldie's dead without a mark on her perfect body, and the cops are coming before anyone but Marv could know she's been killed. Somebody paid good money for this frame... Limited edition signed by Frank Miller, with an alternative cover.

Dark Horse Comics, U.S., United States, 2016. Hardback. Condition: New. Miller, Frank (illustrator). Language: English. Brand new Book. This is the ULTIMATE edition of Sin City for your library. Coming in an oversized gallery hardcover edition, measuring 15 inches wide by 21.5 inches tall, Frank Miller's Sin City: The Hard Goodbye Curator's Collection showcases the entire Eisner Award-winning graphic novel scanned from the original artwork in Frank Miller's archives and reproduced at the full actual size at which Miller originally drew it. With an introduction by Robert Rodriguez, an afterword by Mike Richardson and an interview about the artistic process with Frank Miller!

This is the first volume in Kitchen Sink Books' Curator's Collection series, featuring acclaimed graphic novels reproduced from the original art, shown alongside text pieces, unseen artwork, and ancillary material. Frank Miller is arguably the most important cartoonist (writer AND artist) working in comics over the last 25 years. Mr. Miller is back in the spotlight with the release of DC's Dark Knight III: The Master Race in late 2015. Frank Miller's Sin City: The Hard Goodbye Curator's Collection includes the entire Eisner Award-winning graphic novel, now scanned from the original artwork in Frank Miller's personal archives and reproduced at the actual size he originally drew it. Twenty-five years after its first publication in the pages of Dark Horse Presents, get ready to experience one of the most groundbreaking graphic novels of all time as few have ever seen it! Miller [is] the most important comic book artist of the last 25 years