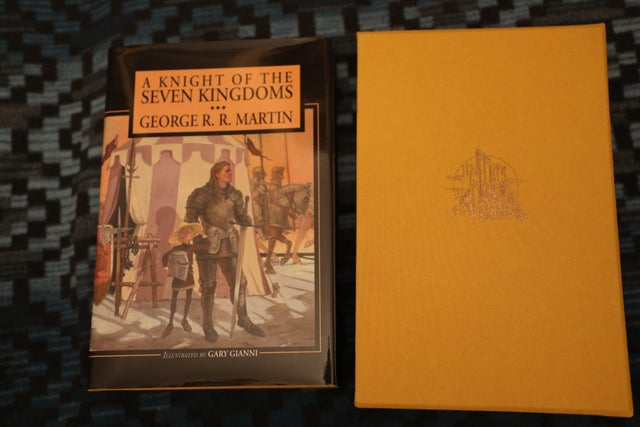 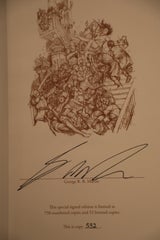 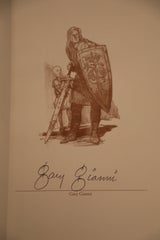 First edition, first impression in new and unread condition. Signed and numbered (532 of 750 limited edition copies) by the author and artist

Taking place nearly a century before the events of A Game of Thrones, A Knight of the Seven Kingdoms compiles the first three official prequel novellas to George R. R. Martin’s ongoing masterwork, A Song of Ice and Fire. These never-before-collected adventures recount an age when the Targaryen line still holds the Iron Throne, and the memory of the last dragon has not yet passed from living consciousness.

Before Tyrion Lannister and Podrick Payne, there was Dunk and Egg. A young, naïve but ultimately courageous hedge knight, Ser Duncan the Tall towers above his rivals—in stature if not experience. Tagging along is his diminutive squire, a boy called Egg—whose true name (hidden from all he and Dunk encounter) is Aegon Targaryen. Though more improbable heroes may not be found in all of Westeros, great destinies lay ahead for these two…as do powerful foes, royal intrigue, and outrageous exploits.

Featuring more than 160 all-new illustrations by Gary Gianni, A Knight of the Seven Kingdoms is a must-have collection that proves chivalry isn’t dead—yet.

This edition will be slightly oversize, with the following features: