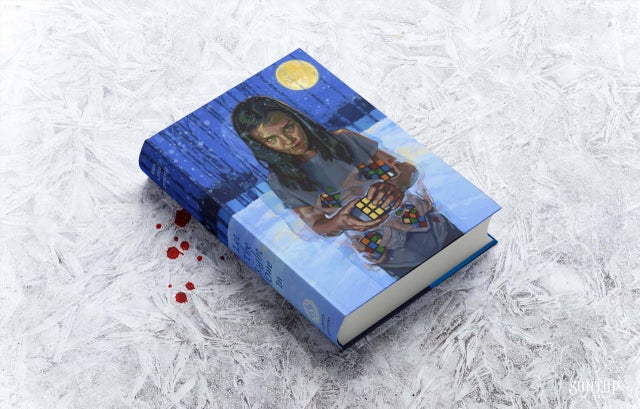 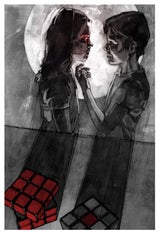 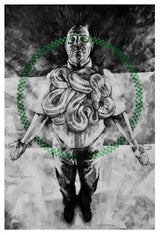 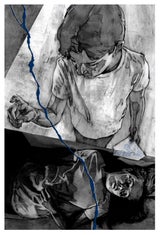 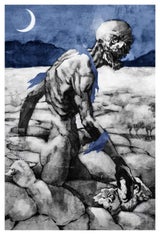 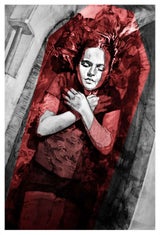 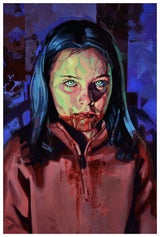 Illustrated and signed by Bud Cook

Lauded by critics as “brilliant and repulsive,” Let the Right One In by John Ajvide Lindqvist, is one of the most acclaimed and adapted vampire novels of the 21st century.

In the autumn of 1981, the body of a teenage boy is found drained of blood in Blackeberg, the Swedish suburb where twelve-year-old Oskar lives. Bullied frequently by his peers, Oskar is a social outcast who becomes fixated on Eli, the new girl who has moved in next door. To Oskar, there is something strange and wondrous about Eli, the girl who has never seen a Rubik’s Cube but can solve it within hours. The girl who only comes out at night. The girl who smells of death.

With its themes of existential anxiety, social pressure, and the complications of youth, Let the Right One In is a gory vampire tale, a stirring love story, and a profound meditation on childhood love and loneliness.

First published in 2004, Let the Right One In is an international bestseller. It has been adapted into two films, both multi-award winning, as well as two stage adaptations.

The Artist Gift edition is limited to 1000 copies with a dust jacket illustrated by Bud Cook. It is a full cloth, Smyth-sewn binding with two-hits foil stamping. It is the only edition of the three with the dust jacket, and is signed by artist Bud Cook. The edition is housed in a paper covered slipcase.

WHAT KEPT YOU SO LONG?

Collected together for the first time in a single volume, all editions include “Let The Old Dreams Die”, the short story sequel to Let The Right One In, and “What Kept You So Long?”, the spin-off story and third installment in the saga.