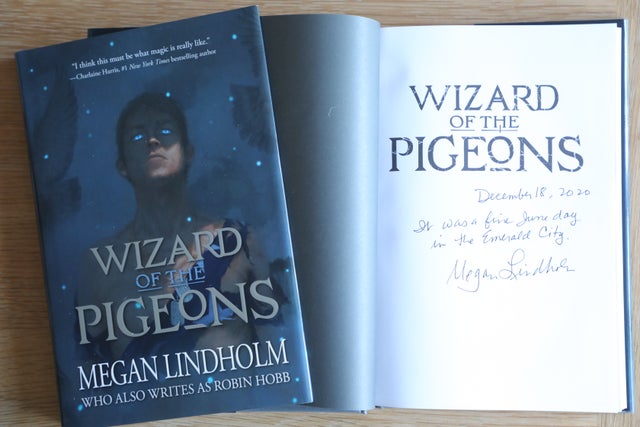 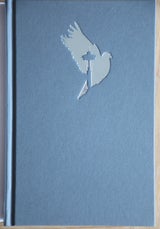 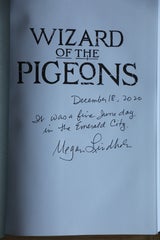 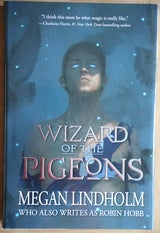 Wizard of the Pigeons: The 35th Anniversary Illustrated Edition

First edition, first printing in new and unread condition. Signed, lined with a quote and dated by the author.

A gorgeously illustrated 35th anniversary edition of the urban fantasy classic, featuring a new foreword by Megan Lindholm and illustrations by Tommy Arnold.

Seattle: a place as magical as the Emerald City. Subtle magic seeps through the cracks in the paving stones of the sprawling metropolis. But only the inhabitants who possess special gifts are open to the city's consciousness; finding portents in the graffiti, reading messages in the rubbish or listening to warnings in the skipping-rope chants of children.

Wizard is bound to Seattle and her magic. His gift is the Knowing -- a powerful enchantment allowing him to know the truth of things; to hear the life-stories of ancient mummies locked behind glass cabinets, to receive true fortunes from the carnival machines, to reveal to ordinary people the answers to their troubles and to safeguard the city's equilibrium. The magic has its price; Wizard must never have more than a dollar in his pocket, must remain celibate, and he must feed and protect the pigeons.

But a threat to Seattle has begun to emerge in the portents. A malevolent force born of Wizard's forgotten past has returned to prey upon his power and taunt him with images of his obscure history; and he is the only wizard in Seattle who can face the evil and save the city, his friends and himself.