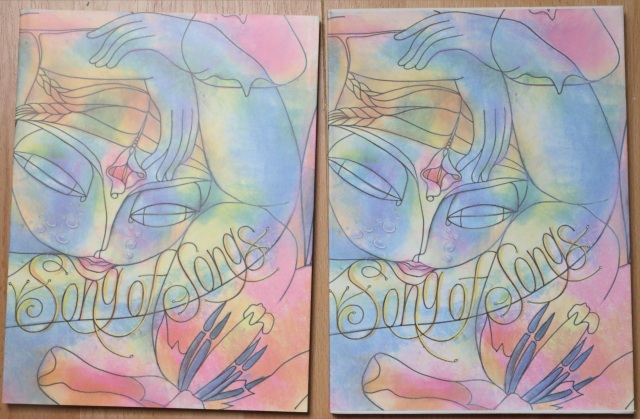 Clarion Publishing, UK, 1995. Soft cover. Condition: New. Dust Jacket Condition: New. Henry Fuller (illustrator). 1st Edition. In new/unread condition - slipcased limited 1st edition. Softcover, with card dustjacket, presented in a pictorial slipcase. Illustrated throughout by Henry Fuller, this edition also contains an 8-page illustrated colour pullout illustration. This is copy 218 of 499 copies. Design by Trevor Weston. Printed in England with 24 pt Blado italic on Rivoli Ivoire paper by Bemeler Art Studios, Hampshire. Signed by both the artist and the publisher. The Song of Songs, also Song of Solomon or Canticles (Hebrew: ????? ??????????? ?îr Ha??îrîm, Greek and Ancient Greek: ????? ????????, romanized: Âisma ?ismát?n; Latin: Canticum Cantic?rum), is one of the megillot (scrolls) found in the last section of the Tanakh, known as the Ketuvim (or "Writings"), and a book of the Old Testament.[1] The Song of Songs is unique within the Hebrew Bible: it shows no interest in Law or Covenant or the God of Israel, nor does it teach or explore wisdom like Proverbs or Ecclesiastes (although it does have some affinities to wisdom literature, as the ascription to Solomon indicates); instead, it celebrates sexual love, giving "the voices of two lovers, praising each other, yearning for each other, proffering invitations to enjoy".[2][3] The two are in harmony, each desiring the other and rejoicing in sexual intimacy; the women of Jerusalem form a chorus to the lovers, functioning as an audience whose participation in the lovers' erotic encounters facilitates the participation of the reader.[4] In modern Judaism the Song is read on the Sabbath during the Passover, which marks the beginning of the grain harvest as well as commemorating the Exodus from Egypt.[5] Jewish tradition reads it as an allegory of the relationship between God and Israel, Christianity as an allegory of Christ and his "bride", the Church.[5][6]. Signed by Illustrator