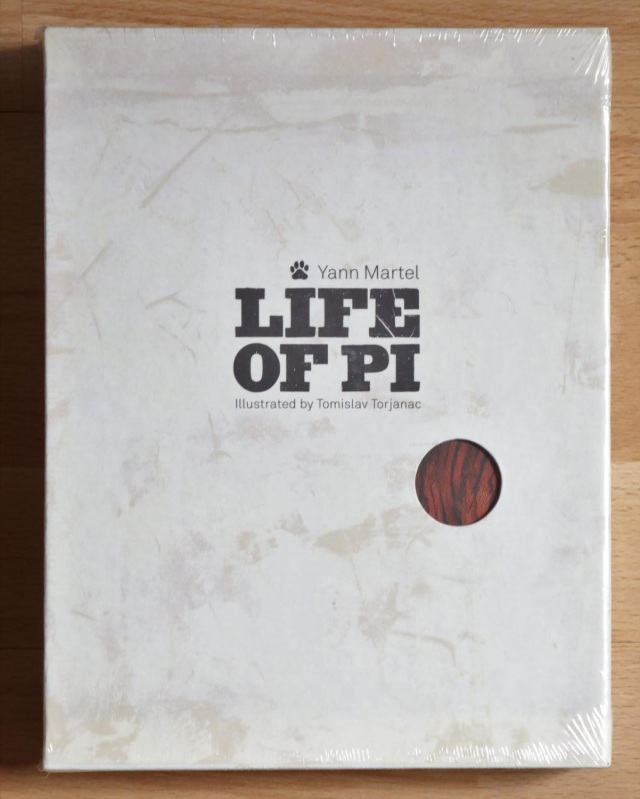 Canongate, UK, 2007. Hardcover. Condition: New. Dust Jacket Condition: New. Tomislav Torjana (illustrator). 1st Edition. New/unread - still in publisher's shrinkwrap. Signed limited Edition - Signed by Yann Martel & Tomislav Torjanac and house in a slipcase. Stunning illustrated slipcase edition of the multi-million selling Man Booker prize-winner. In October 2005 Canongate launched a competition with The Times to find an artist to illustrate Yann Martels international bestseller. Soon the competition expanded as the Globe and Mail and The Age newspapers also launched a search in Canada and Australia. From thousands of entries, Croatian artist Tomislav Torjanac was chosen as the illustrator for this new edition of Life of Pi. This large-format edition, complete with over 40 illustrations and line drawings, will captivate a whole new audience and is the perfect gift for the millions of readers who already adore life of Pi. "My vision of the illustrated edition of Life of Pi is based on paintings from a first person's perspective -- Pi's perspective. The interpretation of what Pi sees is intermeshed with what he feels and it is shown through use of colours, perspective, symbols, hand gestures, etc."The idea behind this approach is a kind of an extension of Mr. Martel's idea as expressed in this quote: "It seemed natural that Mr. Patel's story should be told mostly in the first person -- in his voice and through his eyes. But any inaccuracies or mistakes are mine." Tomislav Torjanac. Signed by Author and Illustrator