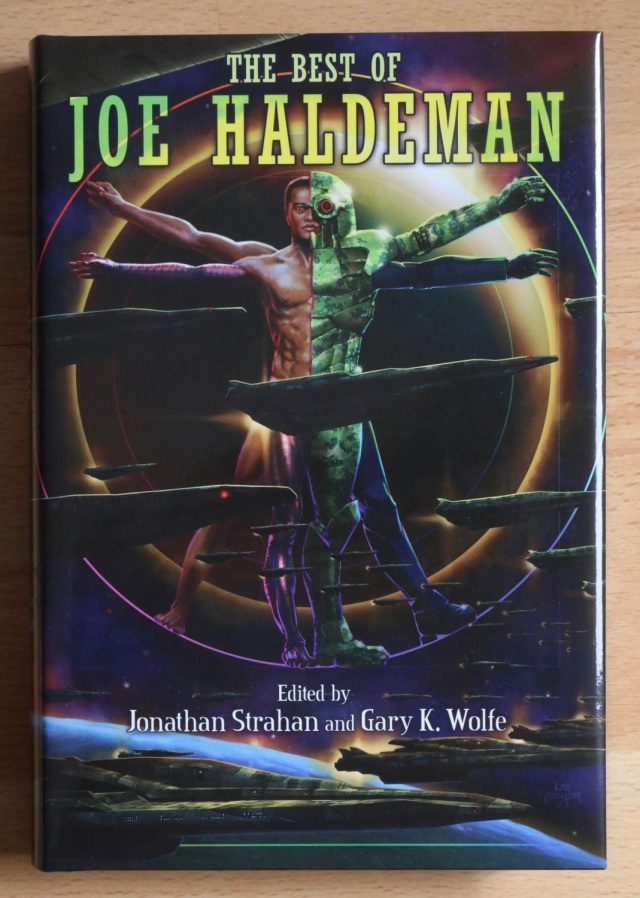 Subterranean Press, US, 2013. Hardcover. Condition: New. Dust Jacket Condition: New. Lee Moyer (illustrator). 1st Edition. Superb copy ion new/unread condition - no defects. Joe Haldeman has been one of the world?s most universally admired and beloved science fiction writers for more than four decades. He has earned the respect of both lifelong science fiction fans and mainstream literary writers, both for the originality of his concepts and for the unsurpassed clarity of his prose, and his characters are among the most memorable in all of science fiction. This first career retrospective of Haldeman?s finest work ranges from early tales such as ?Hero??which instantly earned his reputation and provided the basis for his classic novel The Forever War?to mid-career masterpieces like ?Seasons? and ?The Hemingway Hoax,? his major tribute to a favorite literary godfather, to very recent stories such as ?Sleeping Dogs? and ?Complete Sentence.? Haldeman has provided original story introductions for this new landmark collection. What emerges from The Best of Joe Haldeman is a stunning portrait of a writer who may be more complex and varied than even his most devoted fans suspect. He can build a touching far-future romance from a Shakespeare sonnet (?For White Hill?), depict with ruthless intensity the horrors of war (?Graves?), and ask classic science fictional ?what if? questions worthy of Robert A. Heinlein, to whom Haldeman has often been compared as a worthy successor. Table of Contents - Introduction - Hero - Anniversary Project - Tricentennial - Blood Sisters Lindsay and the Red City Blues - Manifest Destiny - More Than the Sum of His Parts - Seasons - The Monster - The Hemingway Hoax - Graves - None So Blind - For White Hill - Civil Disobedience - Four Short Novels - Angel of Light - The Mars Girl - Sleeping Dogs - Complete Sentence. Signed by Author