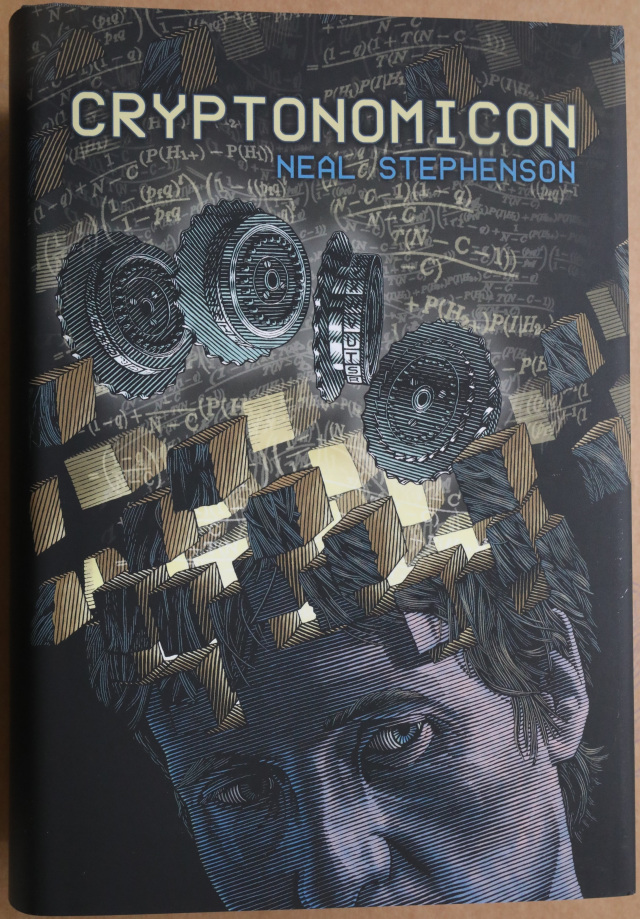 Subterranean Press, US, 2012. Hardcover. Condition: New. Dust Jacket Condition: Near Fine. Patrick Arrasmith (illustrator). 1st Edition. 1st/1stsigned limited edition - fine/near-fine signed and numbered by the author - new and unread. A clean, bright, tight copy. with some light rubbing/shelfwear to the plane of the back cover. One of a number of signed/limited first editions available at the time of listing, and this being one of 4 match-numbered limited editions (all copy number 405 of 500). Please check out my other listings here or at the dedicated Analecta Books web site. Neal Stephenson?s Cryptonomicon was first published in 1999 to immense critical and popular acclaim. An ambitious, absorbing account of war, conspiracy, and code breaking, it represented a huge step forward for a gifted writer whose previous creations included the Hugo Award-winning The Diamond Age and the virtual reality classic, Snow Crash. The events of Cryptonomicon take place along two parallel time tracks: the Second World War and the present day. The earlier segments feature, among others, Lawrence Pritchard Waterhouse, a young math prodigy tasked with concealing the fact that Allied forces have successfully broken Germany?s infamous Enigma code. Protagonists of the latter section include Randy Waterhouse, Lawrence?s grandson, a computer hacker helping to construct an autonomous ?data haven? in the Sultanate of Kirakuta. Together, these two narratives successfully illuminate two different worlds, one of which grew directly out of the struggles and achievements of the other. Sometimes horrific, frequently hilarious, densely packed with information on a wide variety of subjects, from cryptanalysis to treasure hunting to the proper method of eating Cap?n Crunch, Cryptonomicon is a genuine modern epic. On one level, it is an astonishing, wholly original portrait of a world at war. On another, it is a provocative meditation on the ways that science and technology help shape ? and alter ? the course of human history. A work of great erudition and equally great imaginative power, it is ? and will remain ? one of the significant literary accomplishments of the modern era. Synopsis - A gripping and page-turning thriller that explores themes of power, information, secrecy and war in the twentieth century. From the author of the three-volume historical epic 'The Baroque Cycle' and Seveneves. In his legendary, sprawling masterpiece, Neal Stephenson hacks into the secret histories of nations and the private obsessions of men, decrypting with dazzling virtuosity the forces that shaped this century. In 1942, Lawrence Pritchard Waterhouse - a mathematical genius and young Captain in the U.S. Navy - is assigned to Detachment 2702, an outfit so secret that only a handful of people know it exists. Some of those people have names like Churchill and Roosevelt. Their mission is to keep the Nazis ignorant of the fact that Allied Intelligence has cracked the enemy's fabled Enigma code. Waterhouse is flung into a cryptographic chess match against his German counterpart - one where every move determines the fate of thousands. In the present day, Waterhouse's crypto-hacker grandson, Randy, is attempting to create a "data haven" in Southeast Asia where encrypted data can be stored and exchanged free of repression and scrutiny. Joining forces with the tough-as-nails Amy, Randy attempts tosecretly salvage a sunken Nazi submarine that holds the key to keeping the dream of a data haven afloat. But their scheme brings to light a massive conspiracy with its roots in Detachment 2702 - and an unbreakable Nazi code called Arethusa. There are two ways this could go: towards unimaginable riches and a future of personal and digital liberty - or towards a totalitarian nightmare. Profound and prophetic, hypnotic and hyperactive, Cryptonomicon is a work of great art, thought and creative daring, the product of a ingenious imagination working with white-hot intensity. Signed by Author(s)