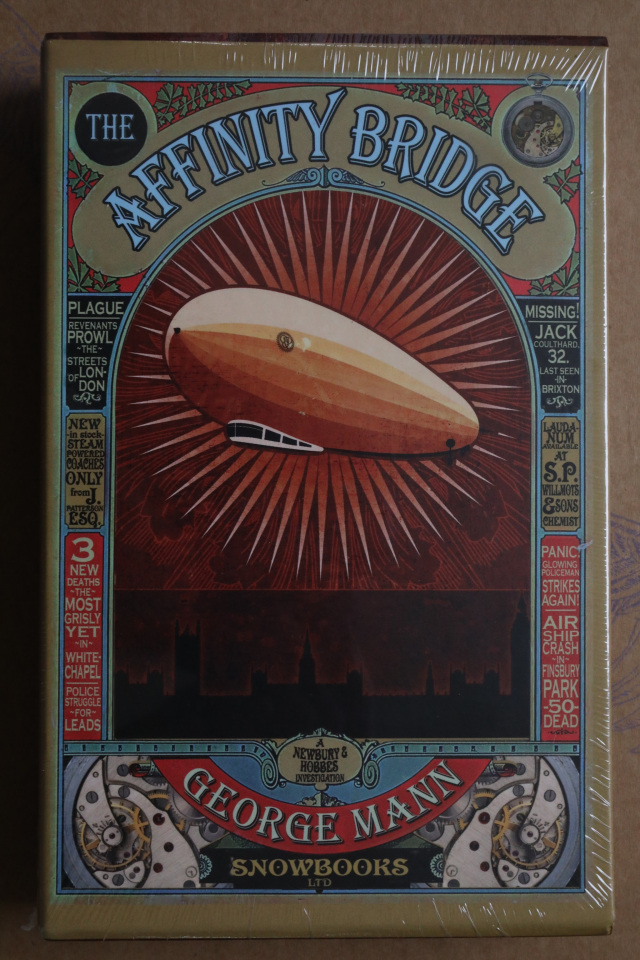 1st/1st in fine/fine - signed and numbered by the author and presented in a slipcase. Contains an additional short story exclusive to this edition, as well as (within the unsealed package) a souvenir coin in a velvet pouch. In new/unread condition. Other titles in this series also available. Synopsis - Welcome to the bizarre and dangerous world of Victorian London, a city teetering on the edge of revolution. Its people are ushering in a new era of technology, dazzled each day by new inventions. Airships soar in the skies over the city, whilst ground trains rumble through the streets and clockwork automatons are programmed to carry out menial tasks in the offices of lawyers, policemen and journalists. But beneath this shiny veneer of progress lurks a sinister side. For this is also a world where ghostly policemen haunt the fog-laden alleyways of Whitechapel, where cadavers can rise from the dead and where Sir Maurice Newbury, Gentleman Investigator for the Crown, works tirelessly to protect the Empire from her foes.When an airship crashes in mysterious circumstances, Sir Maurice and his recently appointed assistant Miss Veronica Hobbes are called in to investigate. Meanwhile, Scotland Yard is baffled by a spate of grisly murders and a terrifying plague is ravaging the slums of the city. So begins an adventure quite unlike any other, a thrilling steampunk mystery and the first in the series of "Newbury & Hobbes" investigations