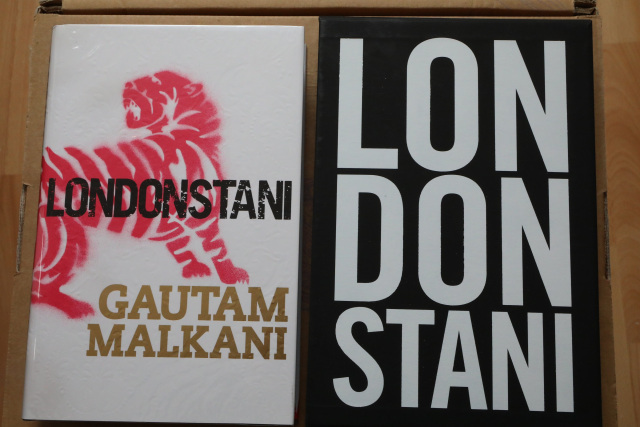 4th Estate, UK, 2006. Hardcover, Slipcased. Condition: New. Dust Jacket Condition: New. Richard Bravery (illustrator). 1st Edition. Exceptional bright and tight copy - new and unread, no defects. Limited to 500 copies, this is number 127 - signed by the author. Synopsis - ?Londonstani?, Gautam Malkani's electrifying debut, reveals a Britain that has never before been explored in the novel: a country of young Asians and white boys (desis and goras) trying to work out a place for themselves in the shadow of the divergent cultures of their parents? generation. Set close to the Heathrow feed roads of Hounslow, Malkani shows us the lives of a gang of four young men: Hardjit the ring leader, a Sikh, violent, determined his caste stay pure; Ravi, determinedly tactless, a sheep following the herd; Amit, whose brother Arun is struggling to win the approval of his mother for the Hindu girl he has chosen to marry; and Jas who tells us of his journey with these three, desperate to win their approval, desperate too for Samira, a Muslim girl, which in this story can only have bad consequences. Together they cruise the streets in Amit's enhanced Beemer, making a little money changing the electronic fingerprints on stolen mobile phones, a scam that leads them into more dangerous waters. Funny, crude, disturbing, written in the vibrant language of its protagonists ? a mix of slang, Bollywood, texting, Hindu and bastardised gangsta rap ? ?Londonstani? is about many things: tribalism, aggressive masculinity, integration, cross-cultural chirpsing techniques, the urban scene seeping into the mainstream, bling bling economics, 'complicated family-related shit'. It is one of the most surprising British novels of recent years. Signed by Author(s)