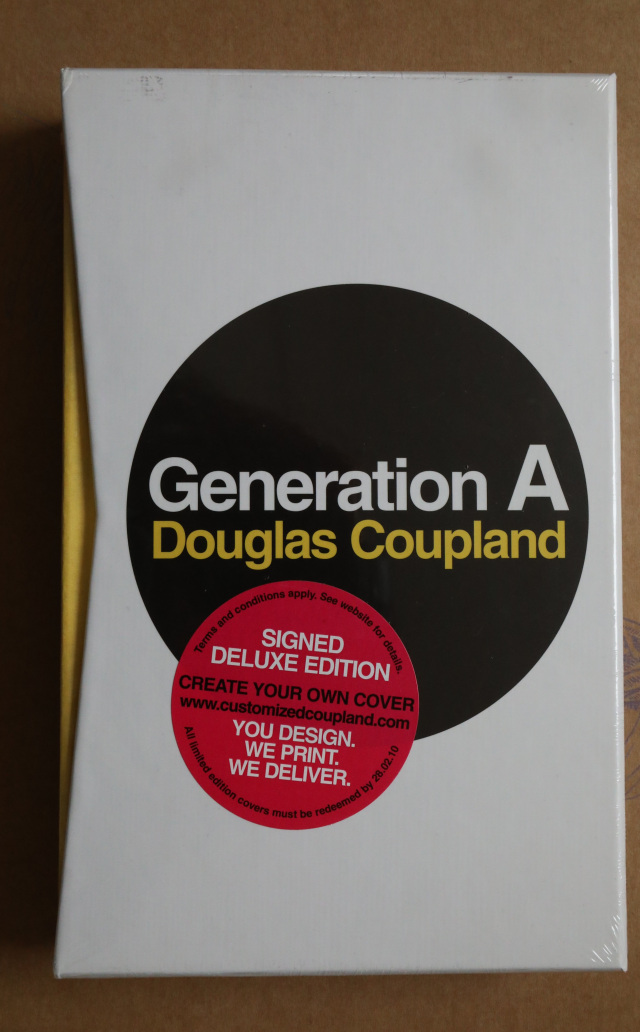 William Heinemann, UK, 2009. Hardcover, Slipcased. Condition: New. Dust Jacket Condition: New. 1st Edition. Signed limited edition, presented in slipcase and original shrinkwrap - new and unread. synopsis - In the near future bees are extinct - until five unconnected individuals, in different parts of the world, are stung. Immediately snatched up by ominous figures in hazmat suits, interrogated searately in neutral Ikea-like chambers, and then released as 15-minute-celebrities into a world driven almost entirely by the internet, these five unforgettable people endure a barrage of unusual and highly 21st-century circumstances. A charismatic scientist with dubious motives eventually brings the quintet together, and their shared experience unites them in a way they could never have imagined. Generation A mirrors the structure of 1991's Generation X as it champions the act of reading and storytelling as one of the few defences we still have against the constant bombardment of the senses in a digital world. Like much of Coupland's writing, it occupies the perplexing hinterland between optimism about the future and everyday, apocalyptic paranoia, and is his most ambitious and entertaining novel to date. Signed by Author(s)