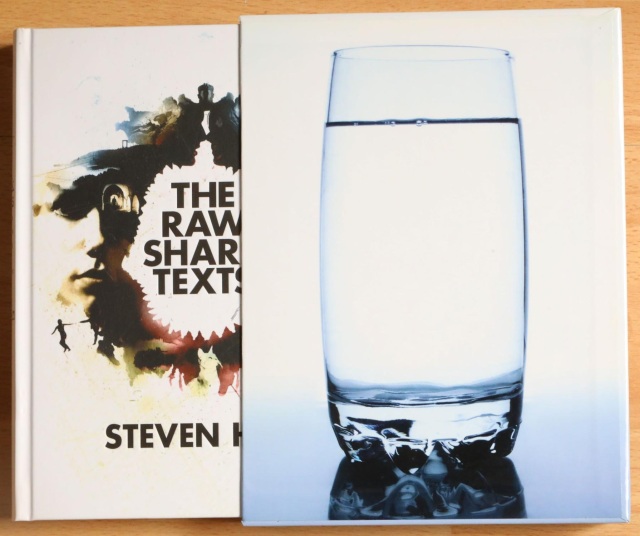 Limited first edition, first impression, in new/unread condition - number 304 of 500 copies. Clean, bright, tight copy with no defects - presnted in a slipcase (also in excellent condition). Synopsis - Welcome to Unspace. Eric Sanderson wakes up in a place he doesn't recognise, unable to remember who he is. All he has left are journal entries recalling Clio, a perfect love now gone. So begins a thrilling adventure that will send Eric and his cynical cat Ian on a search for the Ludovician, the force that is threatening his life, and Dr Trey Fidorus, the only man who knows its secrets. Attacked by a force he cannot see and confronted with memories he cannot ignore, Eric discovers he is being hunted by a psychic predator, a shark. This creature may exist only in his mind, but it soon starts making some very real appearances in his world. Loaded with letters from his past self, each signed 'With regret and also hope, The First Eric Sanderson', Eric embarks on a quest to recover his life. A love story, an adventure, a psychological drama - this wild, touching, modern tale is cut through with an understated humour and warmth. The depths of love, language, memory and the inevitability of loss have never been plumbed with such deep-hearted imagination. It isn't all coming back to me. I don't know any of this at all. I felt that pricking horror, the one that comes when you realise the extent of something bad - if you're dangerously lost or you've made some terrible mistake - the reality of the situation creeping in through the back of your head like some pantomime Dracula. I did not know who I was. I did not know where I was. That's simple. That's frightening