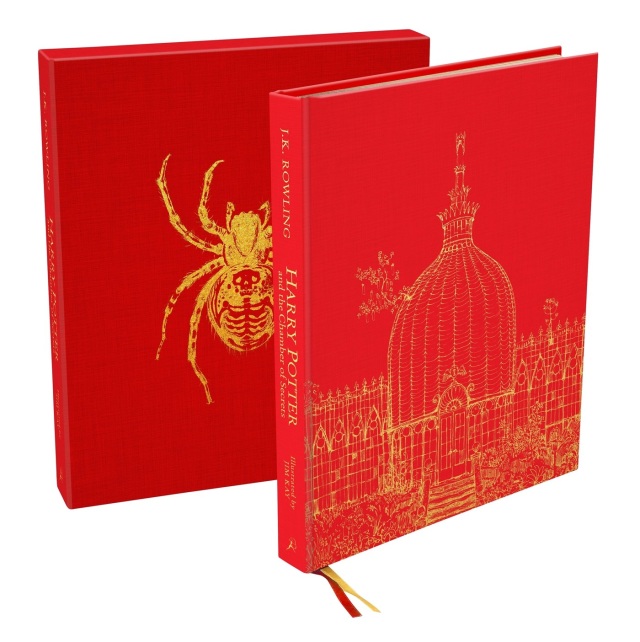 UK, 2016. Hardcover. Condition: New. Dust Jacket Condition: New. Jim Kay (illustrator). 1st Edition. First edition, first impression - signed and dated by the illustrator Jim Kay who has also done a dull page sketch of a phoenix in the book, and a sketch of a bat on the signature page. Further accompanied by a large folding print of Diagon Alley, signed by Jim Kay and sketched with a dragon. In all, this limited edition book is signed twice, and includes three original works of art by Jim Kay. Prepare to be spellbound by Jim Kay's dazzling full-colour illustrations in this stunning new edition of J.K. Rowling's Harry Potter and the Chamber of Secrets. Breathtaking scenes, dark themes and unforgettable characters - including Dobby and Gilderoy Lockhart - await inside this fully illustrated edition. With paint, pencil and pixels, award-winning illustrator Jim Kay conjures the wizarding world as we have never seen it before. Fizzing with magic and brimming with humour, this inspired re-imagining will captivate fans and new readers alike, as Harry and his friends, now in their second year at Hogwarts School of Witchcraft and Wizardry, seek out a legendary chamber and the deadly secret that lies at its heart. Signed by Illustrator(s)