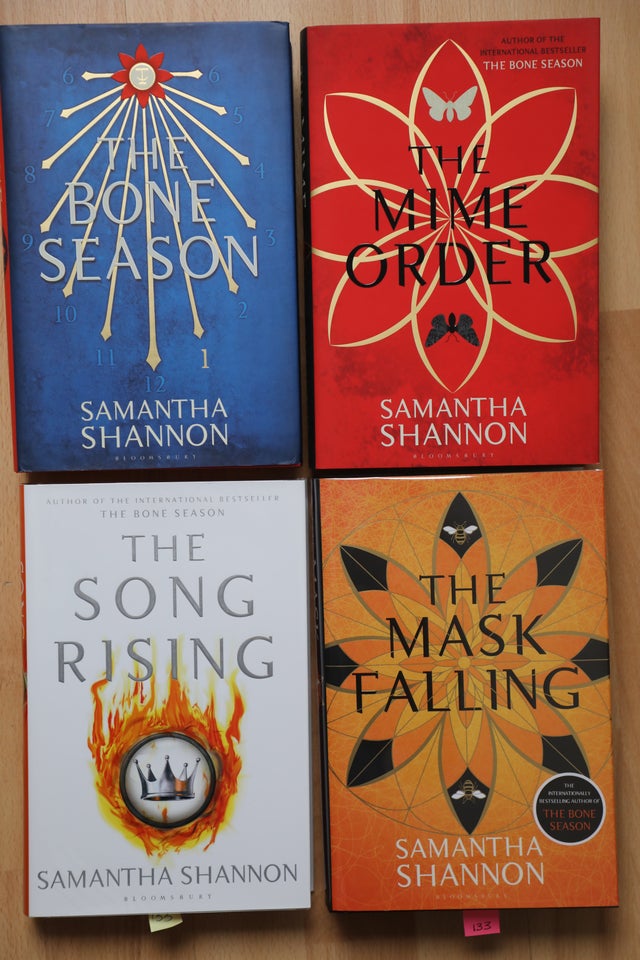 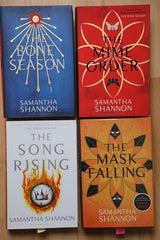 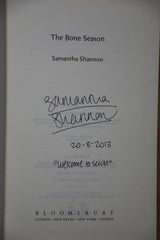 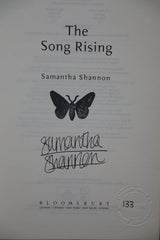 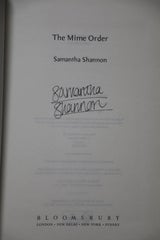 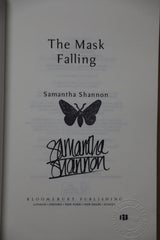 Please note - as a 4-volume set, postage will need to be adjusted for orders shipping outside the UK.

All First edition, first printing brand new/unread copies - signed by the author - the particulars of each book are as follows;

The Bone Season : First edition, first impression, brand new copy - signed lined and dated by the author - accompanied by a copy of the event ticket.

The year is 2059. Nineteen-year-old Paige Mahoney is working in the criminal underworld of Scion London, based at Seven Dials, employed by a man named Jaxon Hall. Her job: to scout for information by breaking into people's minds. For Paige is a dreamwalker, a clairvoyant and, in the world of Scion, she commits treason simply by breathing.

It is raining the day her life changes for ever. Attacked, drugged and kidnapped, Paige is transported to Oxford - a city kept secret for two hundred years, controlled by a powerful, otherworldly race. Paige is assigned to Warden, a Rephaite with mysterious motives. He is her master. Her trainer. Her natural enemy. But if Paige wants to regain her freedom she must allow herself to be nurtured in this prison where she is meant to die.

The Mime Order : First edition, first impression, brand new copy - signed by the author - accompanied by a photograph of the author at the launch event with Any Serkis (whose Imaginarium production company has bought the film rights).

A fugitive who will not be silenced

It is a dark time for clairvoyants. Scion is in league with the Rephaim, an extraordinarily powerful, otherworldly race that intends to make humans its slaves.

In an unprecedented feat of bravery, Paige Mahoney has succeeded in leading a mass break-out from the brutal camp, Sheol I, where she and other clairvoyants were systematically imprisoned.

Paige is desperate to reach the safety of the London underworld, but the ruthless leader of the Rephaim, Nashira Sargas, is not likely to let her escape so easily…

The Song Rising : First edition, first impression, brand new copy - signed and numbered (133/500) by the author and embossed with a limitation stamp, and also stamped with a butterfly.

A rebel who becomes a queen

Following a bloody battle against foes on every side, Paige Mahoney has risen to the dangerous position of Underqueen, ruling over London's criminal population.

But, having turned her back on Jaxon Hall and with vengeful enemies still at large, the task of stabilising the fractured underworld has never seemed so challenging.

Little does Paige know that her reign may be cut short by the introduction of a deadly technology that spells doom for the clairvoyant community and the world as they know it.

The Mask Falling : First edition, first impression, brand new copy - signed and numbered (133/750) by the author and embossed with a limitation stamp, and also stamped with a butterfly.

Paige Mahoney has eluded death again. Snatched from the jaws of captivity and consigned to a safe house in the Scion Citadel of Paris, she finds herself caught between those factions that seek Scion's downfall and those who would kill to protect the Rephaim's puppet empire.

The mysterious Domino Programme has plans for Paige, but she has ambitions of her own in this new citadel. With Arcturus Mesarthim - her former enemy - at her side, she embarks on an adventure that will lead her from the catacombs of Paris to the glittering hallways of Versailles. Her risks promise high reward: the Parisian underworld could yield the means to escalate her rebellion to outright war.

As Scion widens its bounds and the free world trembles in its shadow, Paige must fight her own memories after her ordeal at the hands of Scion. Meanwhile, she strives to understand her bond with Arcturus, which grows stronger by the day. But there are those who know the revolution began with them - and could end with them . . .

Other sets with different matching numbers are also available - this may not be the same number that you will receive.