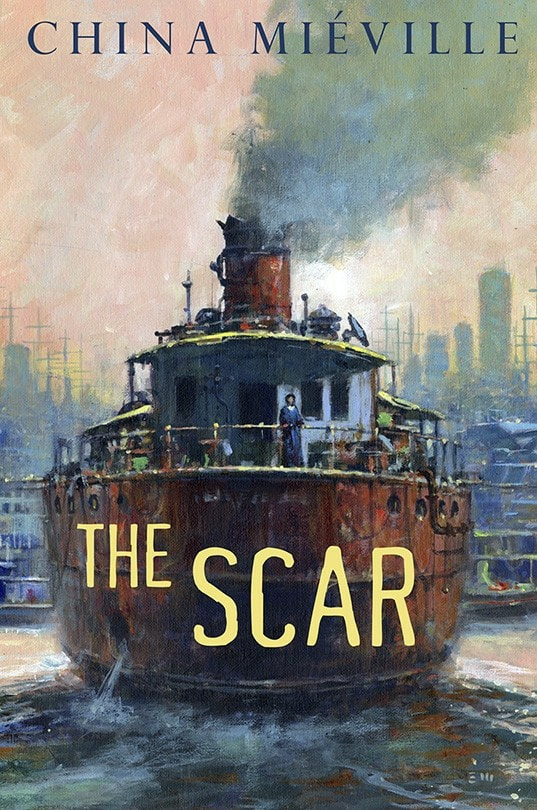 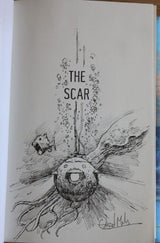 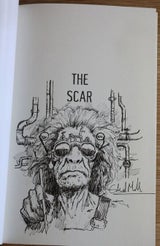 Signed and remarqued by the artist Ed Miller

Please note, the last two copies here are endorsed "PC" (i.e., not numbered) - in all other respects these are identical to the numbered edition, but these Publisher Copies are held in reserve in case of any damage during the print run.

First published in 2002, China Mieville’s The Scar was the second in an extraordinary sequence of novels set in the fictional universe of Bas-Lag. The first Bas-Lag novel, Perdido Street Station, is widely regarded as a classic of modern fantasy. The Scar is every bit its equal.The Scar is a novel of the sea—of the people, ships and cities that live on the surface, and the astonishing creatures that live beneath. It tells the story of an ill-fated voyage from New Crobizon, the primary setting of Perdido Street Station, to the fledgling colony of Nova Esperium. That voyage will encompass piracy, floating cities, transformative magic, impossibly vast sea creatures, and the threat of impending war. It will lead, in the end, to a region known only as The Scar, where quotidian reality breaks down and new possibilities proliferate.

The Scar is a definitive example of The New Weird, an expansive, revolutionary offshoot of traditional fantasy. Written in muscular, often poetic language and informed throughout by the author’s intelligence and restless imagination, it remains a unique accomplishment, a book no one else could have written. For Mieville’s longtime fans, The Scar is a novel well worth rediscovering. For newcomers, it is an irresistible introduction to an extraordinary fictional world.

Winner of the British Fantasy Award, The Scar by China Miéville is a colossal fantasy of incredible diversity and spellbinding imagination, set in the richly visualized world of Bas-Lag.

A human cargo bound for servitude in exile.

A pirate city hauled across the oceans.

A hidden miracle about be revealed.

These are the ingredients of an astonishing story. It is the story of a prisoner's journey. Of the search for the island of a forgotten people, for the most astonishing beast in the seas, and ultimately for a fabled place - a massive wound in reality, a source of unthinkable power and danger.