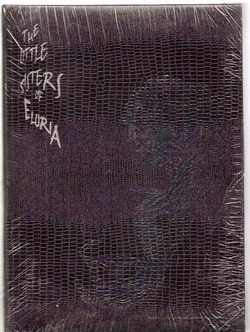 This is an unread limited edition (NUMBER 774) copy, pristine condition, and still in the puiblisher's shrink-wrap. Signed by both Stephen King and by the artist (Michael Whelan) to the limitation page. Issued in a truly stunning foil-stamped leather traycase. This volume contains that expanded version of "The Gunslinger" as well as the novella "The Little Sisters of Eluria" which chronicles an earlier adventure of Roland¿s as he pursued the Man in Black. Published in a larger format than the Dark Tower series which enhances Michael Whelan¿s thirteen full color plates and over twenty three black & white designs. A number of the books have been hand-illustrated by the artist Michael Whelan, and this increases the value of the book significantly (the previous Gunslinger books in such cases have sold for > £600.00) - the books in question are not identified, and as such (this being a sealed copy) you could well be the owner of such a copy. (Please note, it is not guaranteed that this copy contains such a drawing, as the book remains sealed in its original slipcased and shrinkwrap).

Ownership of a deluxe edition of this bok will entitle you first dibs to order a signed match-numbered copy of King's new "Dark Tower" novel, "The Wind Through the Keyhole" - see the following announcement from the publisher, Donald M Grant :

ANNOUNCEMENT - DARK TOWER: THE WIND THROUGH THE KEYHOLE

Donald M. Grant, Publisher, Inc. will, in Spring of 2012,  be publishing limited editions of this new Dark Tower novel by Stephen King which will be illustrated by Jae Lee. We are not taking orders at this time, do not have prices and have not set a release date. Stephen King has agreed to sign 800 copies of a Deluxe Edition which will be issued in a tray case. These will also be signed by Jae Lee. In keeping with our policies of supporting long time customers, owners of Deluxe Edition copies of THE LITTLE SISTERS OF ELURIA numbered 1-800 will have the first option to buy this Deluxe Edition.

In addition there will be a limited “Artist” Edition which will be signed by Jae Lee and will be issued in a slipcase.