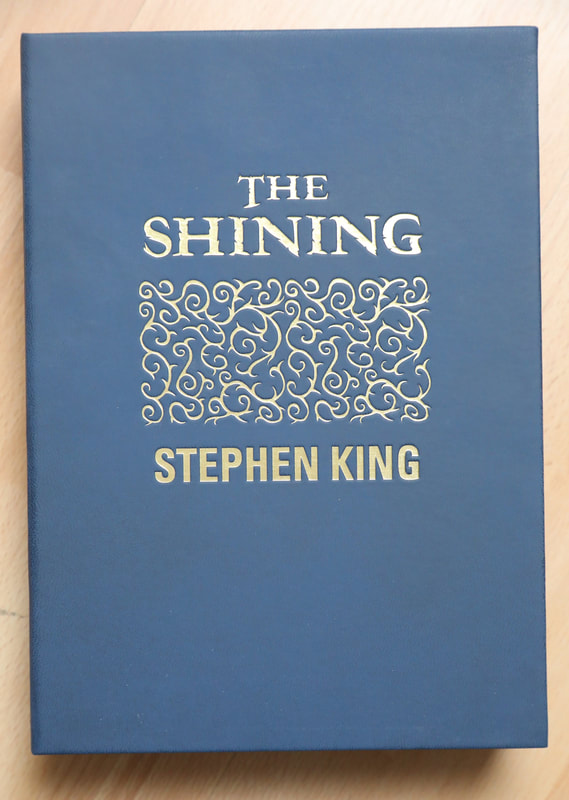 Also accompanied by an alternate dustjacket (unused, in tube).

When The Shining was first published in 1977, it left an immediate and indelible impression. At once terrifying and intensely human, it set the standard for the modern horror novel, and remains as vital and affecting today as it was thirty-five years ago.

The story The Shining tells has assumed a permanent place in American popular culture. It is, first of all, the story of a family: Jack and Wendy Torrance and their extraordinarily gifted son, Danny. The Torrances are a family in crisis. They have come to the Overlook Hotel, a deluxe resort set in an isolated corner of the Colorado Rockies, to serve as winter caretakers and to recover from a series of bruising personal defeats. But, as they soon discover, the Overlook is more than a hotel. It is a malign, voracious entity with an extravagantly violent history, and it is determined to absorb the Torrance family—Danny in particular—into its dark heart.
The Shining is a novel in which all of the varied elements—scenes, setting, character—come triumphantly together. The Overlook Hotel, with its haunted rooms, elaborate traps, and twisted secrets, is one of the most compelling backdrops in all of horror fiction. And the Torrances, with their tragic flaws, hidden wounds, and profound, often frustrated love for one another, are as real and credible as the people we encounter in our everyday lives. The result is a novel with the narrative power and emotional resonance of a classic. It is, and will always be, a consummate example of the storyteller’s art.

The Subterranean Press edition of The Shining will be printed in two colors throughout. 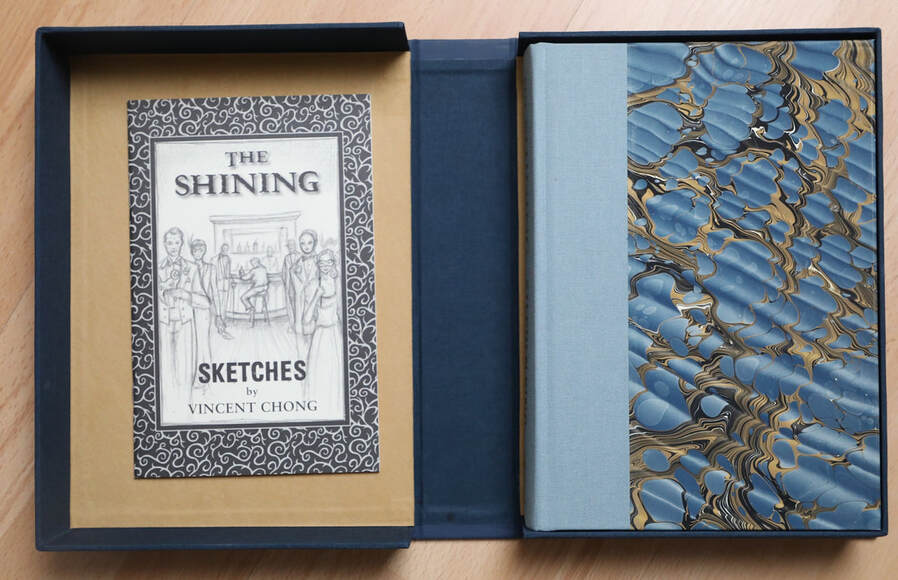