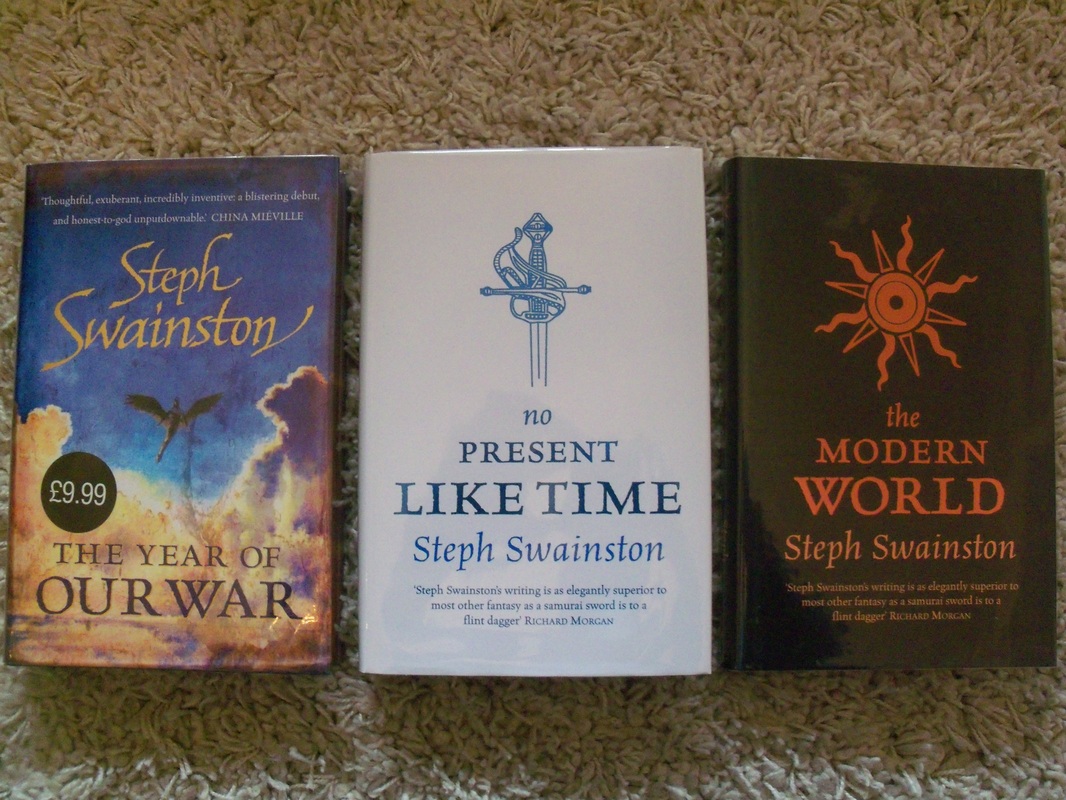 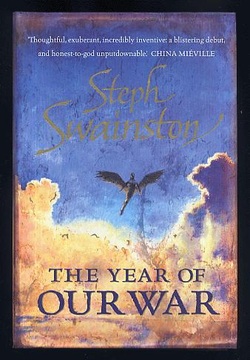 The Year of our War : Signed by way of loosely-inserted author photograph, and signed, dated and remarqued by the cover artist Les Edwards.

Synopsis : A superb work of literary fantasy. In a truly original imagined world of breathtaking, sometimes surreal, beauty, fifty utterly alien but disarmingly human immortals lead mankind in a centuries-long war. Jant is the Messenger, one of The Circle, a cadre of fifty immortals who serve the Emperor, and the only immortal - indeed the only man alive - who can fly. The Emperor is seeking to protect mankind from the hordes of giant insects who have plagued the land for centuries, overwhelming towns with their beautiful nests, eating everything and everyone in their path. But he must also contend with the rivalries and petty squabblings of his chosen immortals. These are squabbles that will soon spill over into open civil war. Steph Swainston has written an astonishingly original literary fantasy. She writes beautifully. Her novel places her in a tradition of writing typified by Mervyn Peake, M. John Harrison and, latterly, China Mieville. This is a breathtaking debut novel of the finest quality. 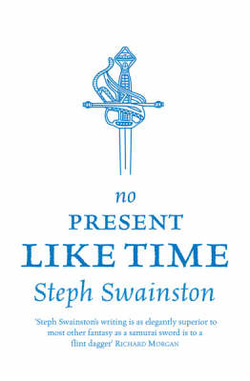 No Present Like Time : Signed by the author to the title page.

Synopsis : Another year in mankind's war for survival against the insects. God is still on holiday, the Emperor still leads and his cadre of immortals are still quarreling amongst themselves. It is known that the insects are reaching the Fourlands from the Shift but now mankind just has to do something about it. And in the meantime attention shifts to new lands and a naval expedition is launched. And Jant, the Emperor's drug-addicted winged messanger is expected to join it. Just perfect for a man terrified of ships and the sea. Steph Swainston's trilogy is building to be a landmark of modern fantasy. This is a  wildly imaginative, witty yet profound fantasy, peopled with bizarre yet real characters. 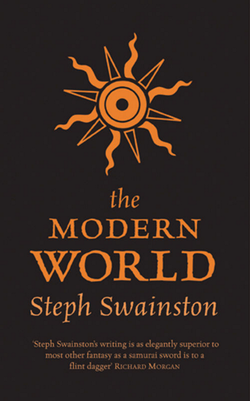 Signed by the author to the title page.

Synopsis : The third of the Castle novels from new fantasy sensation Steph Swainston

THE MODERN WORLD will take the reader ever deeper into a world of beauty and terror. A world led by an immortal emperor and the circle; his 50 immortal helpers. It is a world with an absentee god, a world that has been fighting a war against giant insects. A world like no other.

There will be more insights into Jant, the emperors vain winged messenger, and the shift, the surreal other life Jant enters when he overdoses on his drug of choice and where he meets the dead in a land that defies logic.

This is a fantasy series like no other - a literary fantasy with the verve and originality to stand alongside the best of Mervyn Peake, M. John Harrison and China Mieville​ 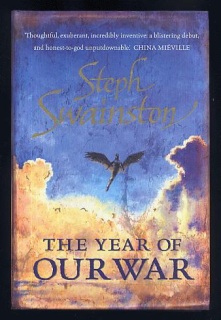