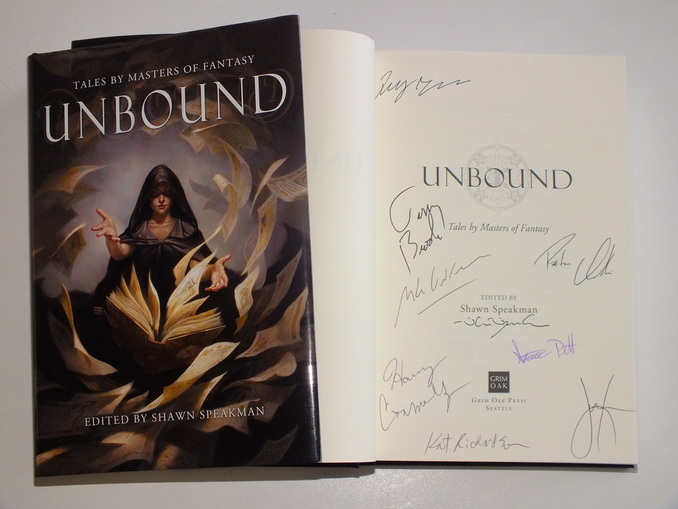 ​Remarqued by Todd Lockwood
​
As with Unfettered before it, the contributing writers of Unbound were allowed to submit the tales they wished fans of genre to read—without the constraints of a shackling theme.

The result is magical. Twenty-three all-original stories are sure to captivate you—some will move you to tears while others will keep you turning the pages long into the night. The power of Unbound lies in its variety of tales and the voices behind them. If you are a fan of discovering new writers or reading the works of beloved authors, Unbound is for you.

Return to Landover with Terry Brooks. Go to trial with Harry Dresden and Jim Butcher. Enter the Citadel and become remade with Rachel Caine. Survive a plague with John Marco and his robot companion Echo. Be painted among the stars by Mary Robinette Kowal. These tales and the others that comprise the anthology are only bound by how enchanting and enthralling they are.

Here is the line-up:

Small Kindnesses by Joe Abercrombie
An Unfortunate Influx of Filipians by Terry Brooks - signed
Mr. Island by Kristen Britain
Jury Duty by Jim Butcher
Madwalls by Rachel Caine
The Way Into Oblivion by Harry Connolly - signed
Uncharming by Delilah Dawson
All In a Night’s Work by David Anthony Durham
Son of Crimea by Jason M. Hough - signed
Dichotomy of Paradigms by Mary Robinette Kowal
A Good Name by Mark Lawrence - signed
River and Echo by John Marco
Seven Tongues by Tim Marquitz
The Siege of Tilpur by Brian McClellan
Fiber by Seanan McGuire
Stories Are Gods by Peter Orullian - signed
Heart’s Desire by Kat Richardson - signed
The Hall of the Diamond Queen by Anthony Ryan - signed
The Dead’s Revenant by Shawn Speakman - signed
The Farmboy Prince by Brian Staveley
The Game by Michael J. Sullivan
The Ethical Heresy by Sam Sykes
The Rat by Mazarkis Williams​ 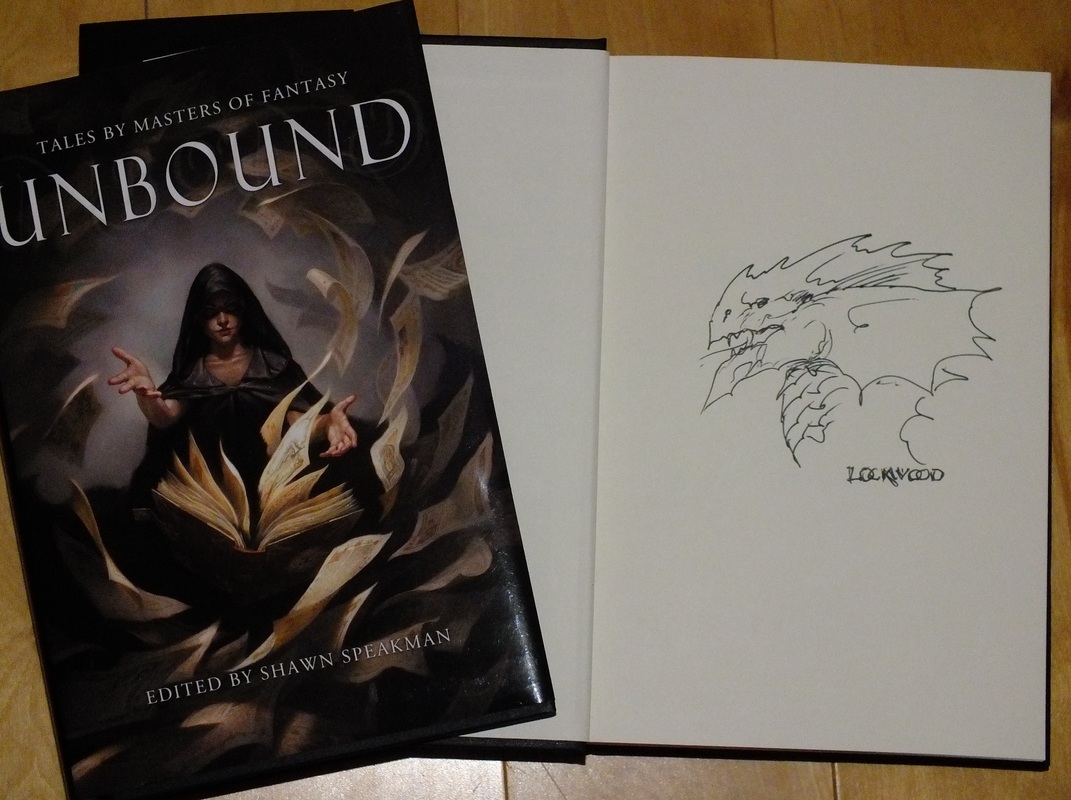