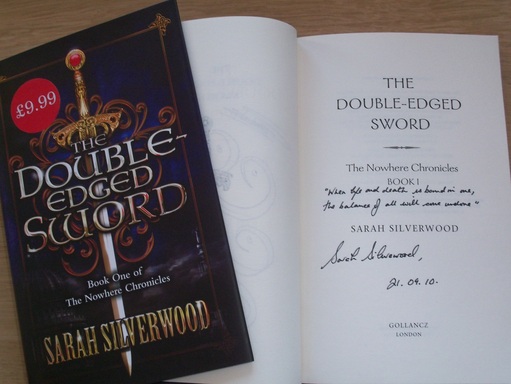 Signed, lined and dated first edition, first impression UK hardback. Please note, all quotes are different, and the one shown may not be that which you will receive. Also signed and hand-sketched by cover artist Eamon O'Donoghue.

Synopsis : 'Sixteen's an interesting age: not quite a fully grown man, but not a kid anymore neither. Anything is possible when you're sixteen.' Finmere Tingewick Smith was abandoned on the steps of the Old Bailey. Under the guardianship of the austere Judge Harlequin Brown and the elderly gentlemen of Orrery House, Fin has grown up under a very strange set of rules. He spends alternate years at two very different schools and now he's tired of the constant lies to even his best friends, to hide the insanity of his double life. Neither would believe the truth! But on his sixteenth birthday, everything changes. The Judge is killed, stabbed in the chest with a double-edged sword that's disturbingly familiar, and from that moment on, Fin is catapulted into an extraordinary adventure. Through the Doorway in Fin's London, a hole in the boundaries of Existence, lies another London -- and now both are in grave danger. For the Knights of Nowhere have kidnapped the Storyholder, the keeper of the Five Eternal Stories which weave the worlds together. Because of the Knights' actions, a black storm is coming, bringing madness with it. Fin may be just 16, but he has a long, dark journey ahead of him if he is to rescue the Storyholder and save Existence! 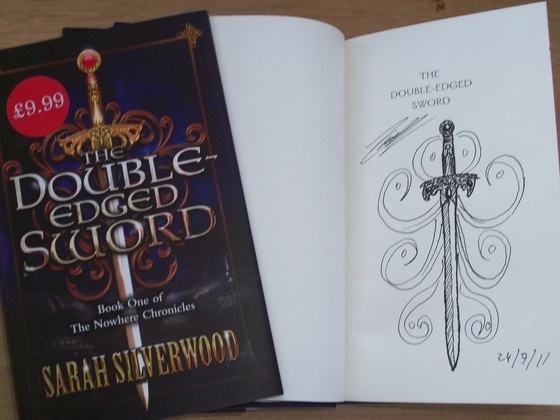