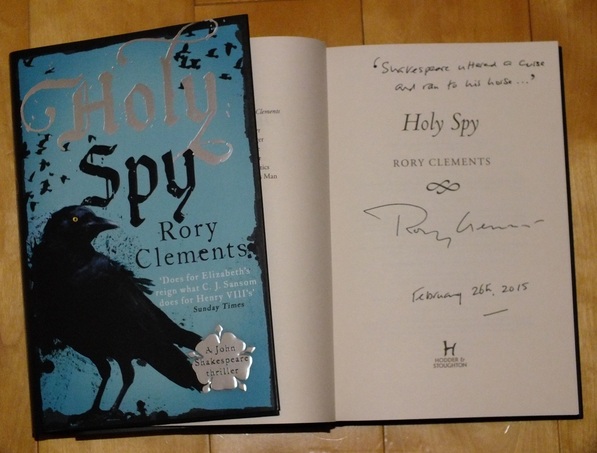 Other signed, lined and dated titles in this series may still be available.

In London's smoky taverns, a conspiracy is brewing: a group of wealthy young Catholic dissidents plot to assassinate Elizabeth, free Mary Queen of Scots - and open England to Spanish invasion. But the conspirators have been infiltrated by Sir Francis Walsingham's top intelligencer, John Shakespeare.

Shakespeare, however, is torn: the woman he loves stands accused of murder. In a desperate race against time he must save her from the noose and the realm from treachery. And then it dawns that both investigations are inextricably linked - by corruption very close to the seat of power . . .