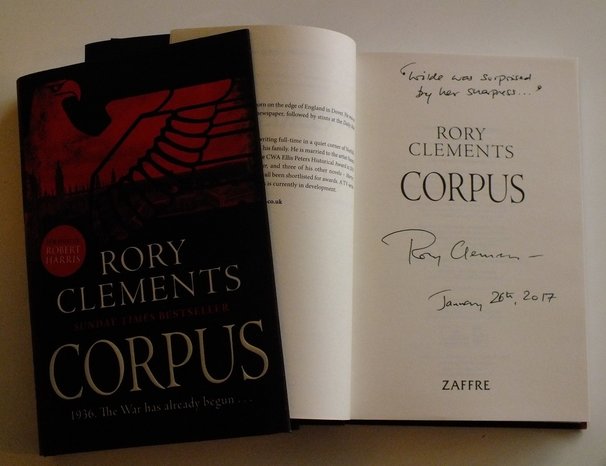 1936.
Europe is in turmoil.
The Nazis have marched into the Rhineland.
In Russia, Stalin has unleashed his Great Terror.
Spain has erupted in civil war.

In Berlin, a young Englishwoman evades the Gestapo to deliver vital papers to a Jewish scientist. Within weeks, she is found dead in her Cambridge bedroom, a silver syringe clutched in her fingers.

In a London club, three senior members of the British establishment light the touch paper on a conspiracy that will threaten the very heart of government. Even the ancient colleges of Cambridge are not immune to political division. Dons and students must choose a side: right or left, where do you stand?

When a renowned member of the county set and his wife are found horribly murdered, a maverick history professor finds himself dragged into a world of espionage which, until now, he has only read about in books. But the deeper Thomas Wilde delves, the more he wonders whether the murders are linked to the death of the girl with the silver syringe - and, just as worryingly, to the scandal surrounding King Edward VIII and his mistress Wallis Simpson...

Set against the drumbeat of war and moving from Berlin to Cambridge, from Whitehall to the Kent countryside, and from the Fens to the Aragon Front in Spain, this big canvas international thriller marks the beginning of a major new series from bestselling author Rory Clements.

'Rory Clements's timely spy thriller set in the 1930s evokes a period of political polarisation, mistrust and simmering violence. Corpus is fast-paced and there are plenty of red herrings to keep you guessing. This is the first of a promising series and Wilde is a likeable hero' The Times

'Clements writes as brilliantly as he plots and this is a novel steeped in atmosphere, menace and history' For Winter Nights