Robert VS Redick : The Red Wolf Conspiracy - signed, lined, dated and remarqued UK HB 1st edn - SOLD OUT (but still available as part of a full SLD/remarqued set - see below). 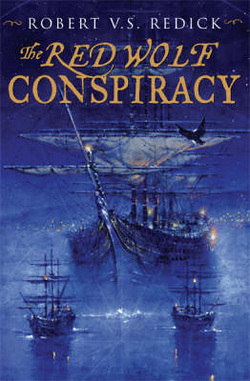 One of only a handful of copies of the first edition that have been signed, lined with a hand-written quote and dated by the author. Also signed and hand-sketched by the cover artist Ed Miller.

Please note, the image shown is for illustrative purposes only, and may not (if sold) be the one you receive.

Publisher and industry reviews : "This outstanding debut novel centres around the Imperial Merchant Ship Chathrand, the mightiest vessel in the fleet of the Arqual Empire. With its colourful cast of inhabitants, which include a band of tiny, Lilliputian style warriors, sentient rates and archetypal ancient evil the Shaggat Ness, the Chathrand brings to mind The Scar's fantastical floating city, Armada. But while Redick shares China Mieville's taste for the macabre he's not so willfully weird." -- Stephen Jewell SFX "The result is hugely impressive - a concoction rich in subtext and subterfuge and above all, adventure, and high seas adventure at that, which I'll gladly wager is the very best kind." -- John Berlyne SF REVU "Intelligently crafted, highly imaginative, and undeniably charming." FANTASY BOOK CRITIC "It seems every year Gollancz discovers another new writing talent. So following on from Scott Lynch and Joe Abercrombie comes American Robert VS Redick with The Red Wolf Conspiracy. Firmly set in the contemporary fantasy heartland it neatly dissects Lynch and Abercrombie's work by combining both a strong protagonist narrative within the rich framework powered by the geopolitical intrigue of two warring empires - tremendously action packed. The fantasy revival continues." -- Jon Jordan EDGE "The Red Wolf Conspiracy is an extremely enjoyable epic fantasy tale set in a vivid , constantly inventive world. The Chathrand itself comes across as the ocean-going equivalent of Gormenghast, whilst its crew seem to have assembled variously from the works of Charles Dickens, Jack Vance and Scott Lynch, but with a style that is undeniably Redick's own. I suspect that Redick will be 'the' big new fantasy author of 2008, and deservedly so." THE WERTZONE "For a debut novel this was pretty good and very readable, and I'll certainly be picking up the sequels." SANDSTORM REVIEWS "The Red Wolf Conspiracy is an enthusiastic novel that combines tales of pirates with legends of imprisoned Lovecraftian gods, hidden treasure and general skulduggery. Part Master and Commander, part On Stranger Tides, this fantasy debut from a relatively new author has much to be admired." -- Mark Yon SFFWORLD.COM "Redick entertains us with an epic journey of discovery through his fantastical world. He delights in showing us all manner of magical and magnificent creatures. Redick is a promising writer." -- Lee Harris DEATHRAY "A rich, fully packed fantasy. Immensely enjoyable, revealing new wonders in every chapter." -- Mat Coward MORNING STAR 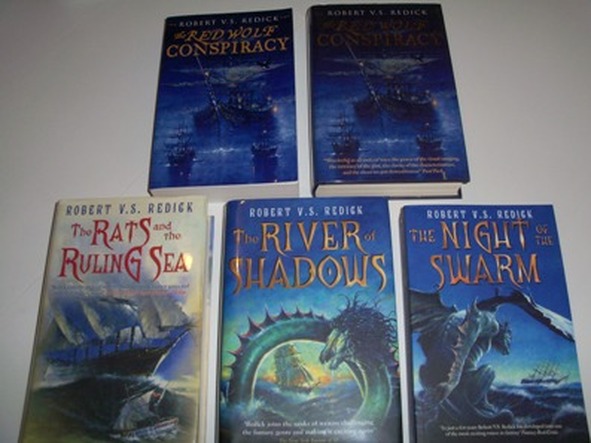