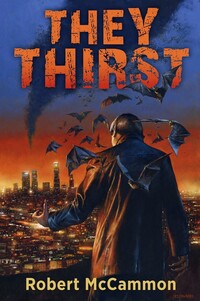 FIrst edition, first impression - signed by the author. Signed and remarqued (hand-sketched) by the artist

​Synopsis - First published in 1981, They Thirst was Robert McCammon’s fourth novel, and it remains one of the major milestones of an ambitious, constantly evolving career. Like its predecessors--Baal, Bethany’s Sin, and The Night Boat--They Thirst made its initial appearance as a paperback original. In the years since, it has acquired an intensely devoted following, and is now widely regarded as one of the significant vampire novels of the 20th century.

The story begins in the tiny Hungarian hamlet of Krajeck, where nine-year-old Andre Palatazin awaits the return of his father from an unspecified—but clearly dangerous—mission. The man who finally returns is no longer Andre’s father—is no longer, in fact, a man. Pursued by this undead entity, Andre and his mother barely escape with their lives. Decades later, Andre - now Andy - Palatazin is a homicide detective in the Los Angeles Police Department, and spends his days dealing with the quotidian terrors of a large metropolis. His life takes a darker turn when the demonic forces he first encountered in Krajeck arrive in L.A., led by an ancient vampire known as The Master. The Master’s plan: to overrun the city and use it as a stepping-stone toward wider, ultimately global, domination.

They Thirst marks the earliest appearance of McCammon’s penchant for epic, wide-angled narratives. With the unobtrusive ease of a natural storyteller, the author propels a wide assortment of vividly created characters through an apocalyptic scenario that combines gritty urban realism with a powerful portrait of supernatural forces at large in the modern world. The result is a genuine classic of the genre, a novel that is as fresh and absorbing today as it was more than thirty years ago.

From Publishers Weekly: “Apocalyptic catastrophe collides with deeply intimate fears in this hardcover incarnation of McCammon’s 1981 paperback horror novel… Pathos and tragedy reverberate beneath bawdy sexual tension and violence in a seamless fictional cocktail for genre devotees. As readable today as when first published, this savage yet elegant shock show succeeds as crowd-pleasing storytelling as well as a time capsule of the 1980's horror aesthetic." 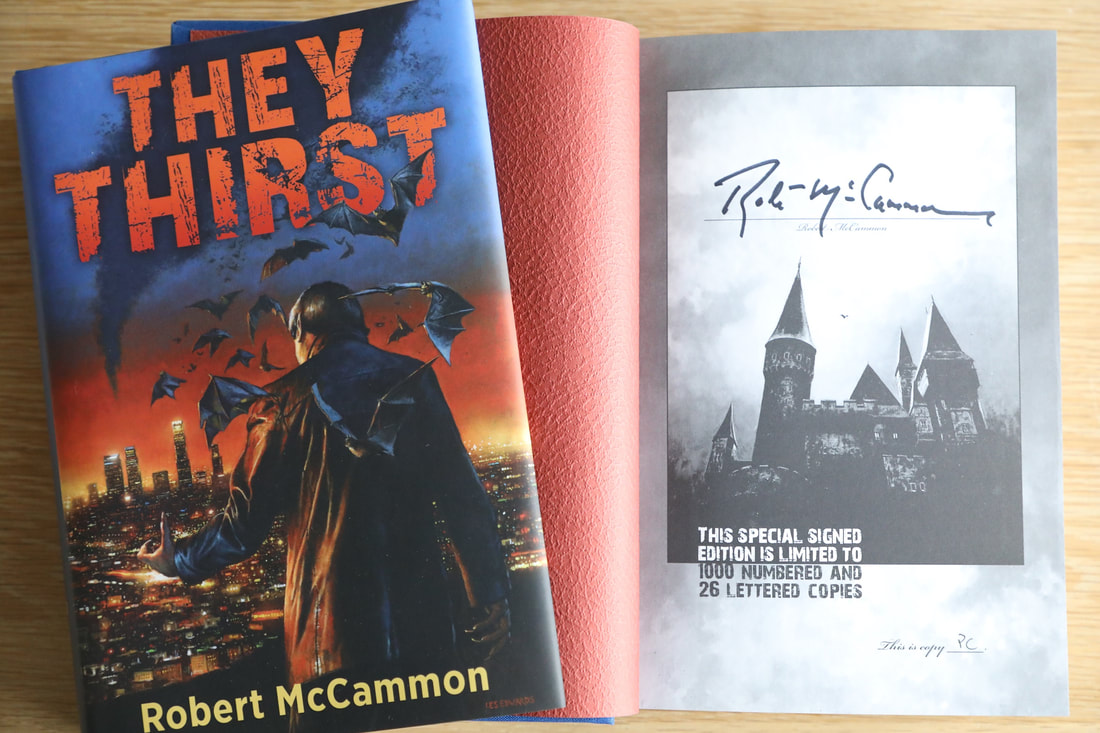