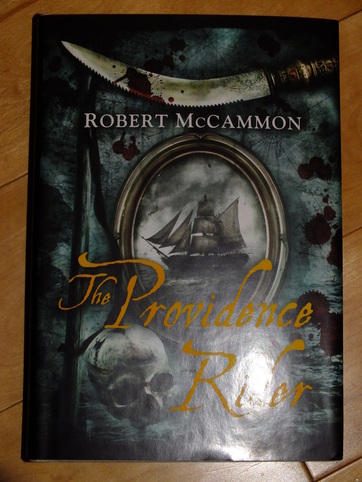 Signed and remarqued by the cover artist Vincent Chong

Synopsis :  The Providence Rider is the fourth standalone installment in the extraordinary series of historical thrillers featuring Matthew Corbett, professional problem solver. The narrative begins in the winter of 1703, with Matthew still haunted by his lethal encounter with notorious mass murderer Tyranthus Slaughter. When an unexplained series of explosions rocks his Manhattan neighborhood, Matthew finds himself forced to confront a new and unexpected problem. Someone is trying—and trying very hard—to get his attention. That someone is a shadowy figure from out of Matthew’s past: the elusive Professor Fell. The professor, it turns out, has a problem of his own, one that requires the exclusive services of Matthew Corbett.

The ensuing narrative moves swiftly and gracefully from the emerging metropolis of New York City to Pendulum Island in the remote Bermudas. In the course of his journey, Matthew encounters a truly Dickensian assortment of memorable, often grotesque, antagonists. These include Sirki, the giant, deceptively soft-spoken East Indian killer, Dr. Jonathan Gentry, an expert in exotic potions with a substance abuse problem of his own, the beautiful but murderous Aria Chillany, and, of course, the master manipulator and “Emperor of Crime” on two continents, Professor Fell himself. The result is both an exquisitely constructed novel of suspense and a meticulous recreation of a bygone era.

This signed, limited edition of this generous volume also contains a new, utterly compelling Matthew Corbett adventure, “Death Comes for the Rich Man.” This 11,500-word novella, which has never before been published and will not be reprinted anywhere else for at least two years, takes place between the events of Mister Slaughter and The Providence Rider. In the course of this startling tale, Matthew is approached by a wealthy, dying man with an urgent, if impossible, request: to keep Death itself at bay. Filled with danger, mystery, and an almost tangible sense of place, these superbly crafted narratives represent Robert McCammon at his best and historical fiction at its finest and most developed. Many devoted readers have been waiting for this book. 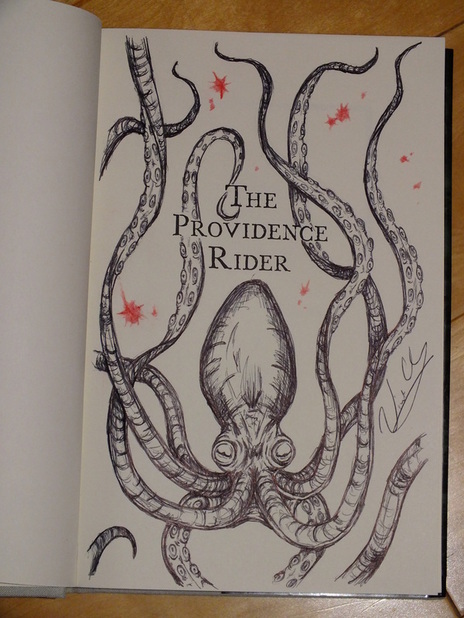