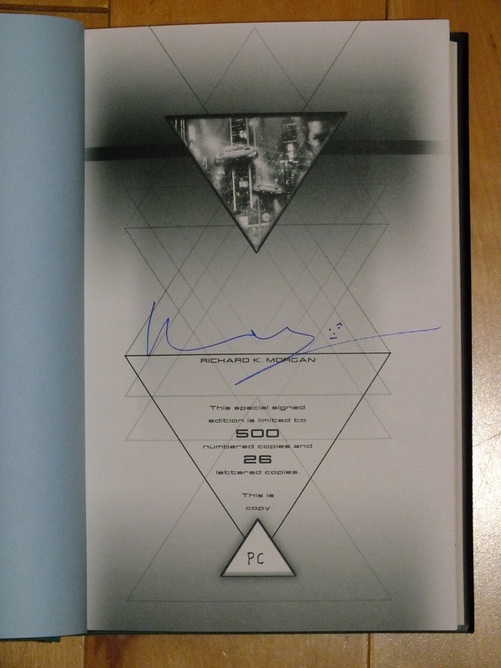 This edition of "Altered Carbon" is a deluxe collectable hardcover, meant to give a lifetime of enjoyment. Sold out at the publisher, this numbered edition is endorsed "PC", being one of the rare Publisher Copies not normally intended for resale.

This edition is printed on 80# Finch Opaque, our preferred paper for higher-end limited editions, with a number of full-page interior illustrations, as well as a full-color dust jacket by Vincent Chong.

Synopsis : Four hundred years from now mankind is strung out across a region of interstellar space inherited from an ancient civilization discovered on Mars. The colonies are linked together by the occasional sublight colony ship voyages and hyperspatial data-casting. Human consciousness is digitally freighted between the stars and downloaded into bodies as a matter of course.

But some things never change. So when ex-envoy, now-convict Takeshi Kovacs has his consciousness and skills downloaded into the body of a nicotine-addicted ex-thug and presented with a catch-22 offer, he really shouldn¿t be surprised. Contracted by a billionaire to discover who murdered his last body, Kovacs is drawn into a terrifying conspiracy that stretches across known space and to the very top of society.

For a first-time SF writer to be so surely in command of narrative and technology, so brilliant at world-building, so able to write such readable and enjoyable SF adventure, is simply extraordinary. 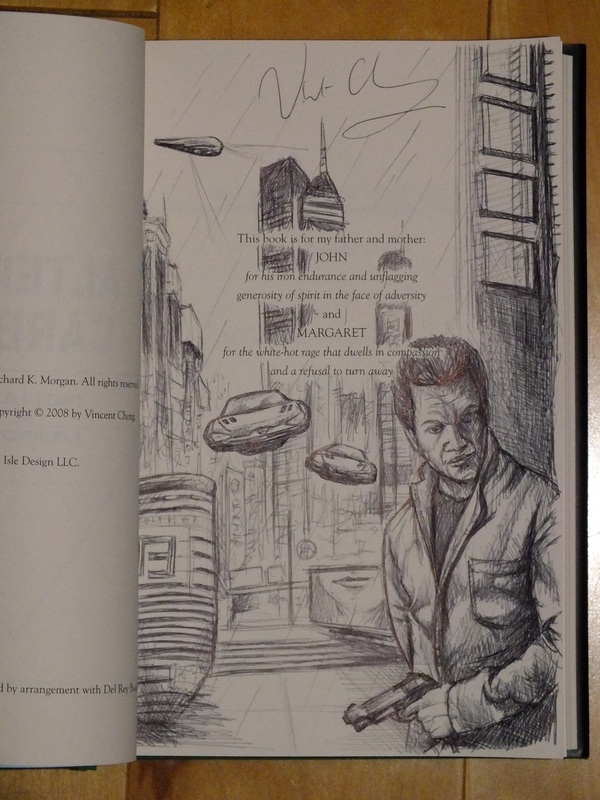