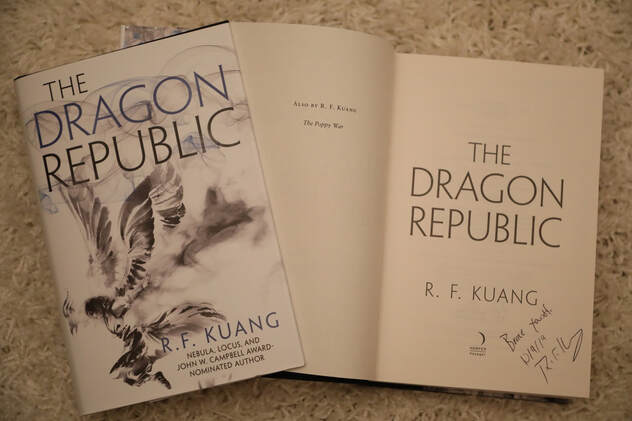 ​Synopsis :The searing follow-up to 2018’s most celebrated fantasy debut – THE POPPY WAR.
Rin is on the run…

Haunted by the atrocity she committed to save her people, addicted to opium, and driven by the murderous commands of Phoenix, the vengeful god who has blessed Rin with her fearsome power.

Rin’s only reason for living is to get revenge on the traitorous Empress who sold her homeland, Nikan, to her enemies.

With no other options, Rin joins forces with the powerful Dragon Warlord, who has a plan to conquer Nikan, unseat the Empress, and create a new Republic. She throws herself into his war.
​
After all, making war is all she knows how to do…