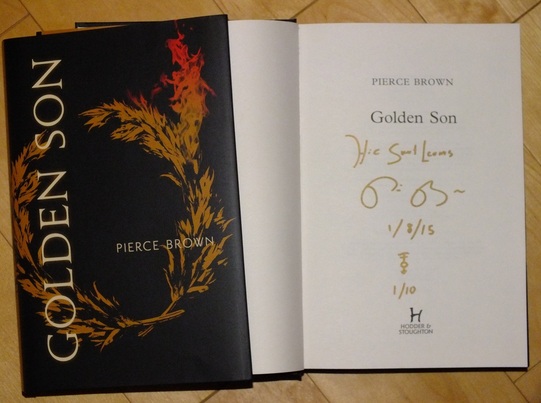 Signed, lined and dated UK HB first edition. Also numbered (out of ten copies) and doodled with an icon by the author.

﻿Synopsis :  Ender's Game meets The Hunger Games in this, the second in an extraordinary trilogy from an incredible new voice. 'I'm still playing games. This is just the deadliest yet.' Darrow is a rebel forged by tragedy. For years he and his fellow Reds worked the mines, toiling to make the surface of Mars inhabitable. They were, they believed, mankind's last hope. Until Darrow discovered that it was all a lie, and that the Red were nothing more than unwitting slaves to an elitist ruling class, the Golds, who had been living on Mars in luxury for generations. In RED RISING, Darrow infiltrated Gold society, to fight in secret for a better future for his people. Now fully embedded amongst the Gold ruling class, Darrow continues his dangerous work to bring them down from within. It's a journey that will take him further than he's ever been before - but is Darrow truly willing to pay the price that rebellion demands? Hic sunt leones. A life-or-death tale of vengeance with an unforgettable hero at its heart, Golden Son guarantees Pierce Brown's continuing status as one of fiction's most exciting new voices. 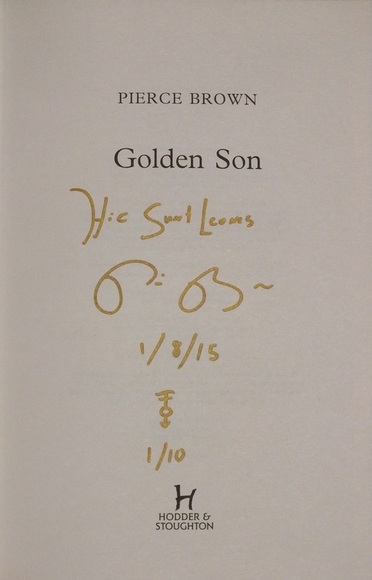